Spy movies depict the mysterious and perpetually intriguing world of espionage. Their combination of secret technology, exotic locations, sinister villains and conflicted heroes give audiences the exhilaration and escapism they crave. Amongst the most famous films in this genre are the James Bond series; movies such as Casino Royale, Live and Let Die, Moonraker, Diamonds are Forever, From Russia with Love, Goldfinger, and The Spy Who Loved Me all form part of the longest-running film series of all time and one of the highest grossing media franchises of all time.

One of the most distinguishing features of the Bondseries is its instantly recognisable musical accompaniment: everyone fromAudioslave to Adele has recorded a Bond song at some point or another, and the tracksalmost always include a variation of the original motif. Whether a bandperforms them, an ensemble or a DJ, Bond themes encapsulate the dark,suggestive, swaggering characteristics of the protagonist. Another notablecontributor to the spy genre is Alfred Hitchcock whose spy thrillers North byNorthwest and The Man Who Knew Too Many featured scores by Bernard Herrmann.Both soundtracks feature brooding understated music which generally conjures upsuspense and mystique.

Spies Lies and Treble Clefs gives audiences the chanceto witness the exquisite musicianship that goes into creating these scores asthey skilfully recreate the most iconic tunes from this classic genre. 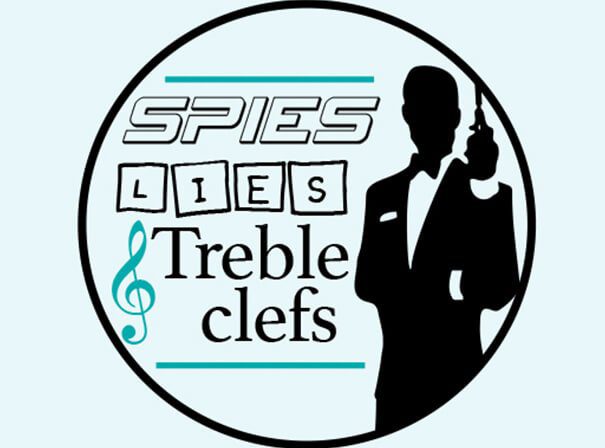