In 2013, Brandan Duke smashed the Guinness World Record for the World’s Youngest Professional DJ. Achieving this feat at the incredible age of only 6 years old, in front of a sold-out audience in his home city of Toronto, Canada, Brandan held the record for four consecutive years. Combining his charismatic personality with jaw-dropping turntable skills to provide a high-voltage, entertaining set, his performances appeal to all demographics and cultures, and they have to be seen to be believed.

Brandan has performed at a range of high-profile events, including the World Cup of Hockey, Blue Jays Curve Ball Gala, Pan Am Games, Pinball Clemons Foundation, Jamaal Magloire Foundation and can be seen on the hugely popular television show Canada’s Smartest Person – a popular choice for sporting games, he’s played at events for the NBA’s Toronto Raptors, NHL’s Toronto Maple Leafs and acted as official DJ for the Toronto Marlies Hockey Club. He has also been profiled and interviewed by major news channels and outlets such as CBC, City TV, Global, CTV National, Breakfast Television, and The Toronto Star, and was recently presented an award in recognition of his outstanding contribution to the arts by the mayor of Brampton, Ontario.

Brandan is an internationally successful touring DJ, performing at events as far-flung as the Trinidad Carnival. After entering the Redbull 3Style Competition as the youngest DJ ever to compete, he also performed in the 24hrs 24 DJs competition, becoming a heat winner and fan favourite thanks to a huge response on social media. Most recently he entered the 2018 Goldie Awards as the youngest competitor, taking home the trophy for second place. Not only a gifted DJ, Brandan also writes and records his own music: his latest single, “Make A Difference”, can be heard on YouTube and SoundCloud. 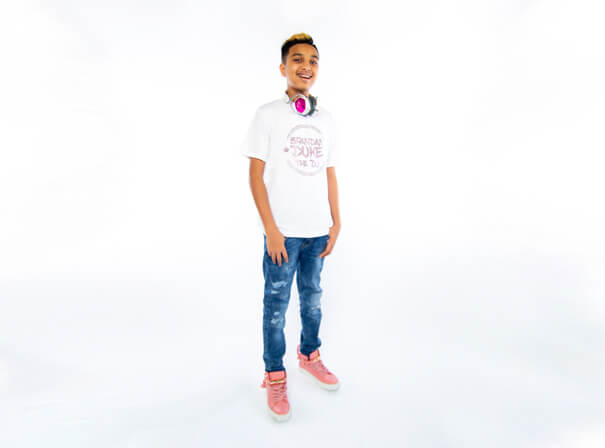