British duo DJ Luck and MC Neat are a legendary pair in the world of UK garage. Comprising British artists Joel Samuels (aka DJ Luck) and Michael Rose (aka MC Neat), they are known for their mix of house and garage sounds and always get crowds up on their toes. In all the pair have had three consecutive Top 10 hits in the UK and are best known for their biggest hit ‘A Little Bit of Luck.’ That track started out as a promotional dub plate priced £50 and it went on to become a seminal track that hit a high of number nine in the UK charts. The same year as that huge anthem came out, DJ Luck and MC Neat also put out a great cover version of Stevie Wonder’s ‘Master Blaster (Jammin)’ under the title of ‘Masterblaster 2000’ with vocals from JJ, who is on a number of songs by the pair.

This cover was their highest chart entry and it hit number Number 5, whilst their version of the hit classic ‘Aint No Stopping Us Now’ climbed to Number 8. Around this time the pair were on Top of the Pops and performed their ‘Piano Loco’ tune, which was another Number 12 hit. After all the early, sample based hits, the pair enlisted underground producer Shy Cookie to make their beats and albums and it lead them down a more original path of live instrumentation. This helped them gain popularity and credibility in the underground as well as propelling them even more into the mainstream. Still one of the busiest acts around, DJ Luck and MC Neat play sell out shows and festivals all over the UK and are much loved as a result. 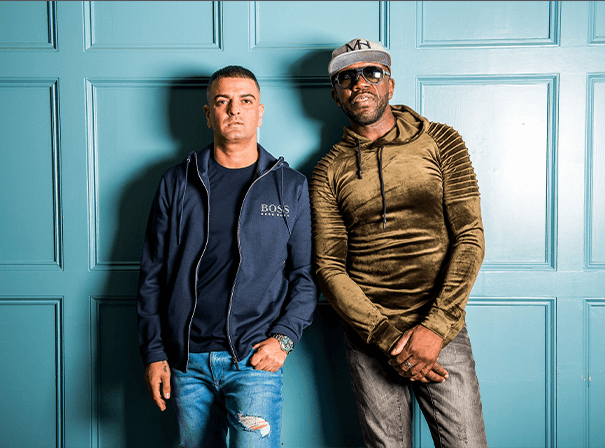