One of house music’s most eminent personalities, Sandy Rivera’s name is synonymous with the electro-disco energy and dance-floor dynamism with which he made his name. Through untold mixes and stunning productions that have captivated listeners for close to two decades, Rivera has established a reputation as one of dance music’s true icons, an inspiration and a role model for those entering the industry.

Spending his childhood in Brooklyn, Rivera soaked up hip-hop, electro and funk before house music’s invention captured his imagination entirely. Many will know the producer as one half of Kings of Tomorrow, the pop-electro duo that crafted the 2000 classic ‘Finally’, described by Ministry of Sound as “the greatest house record ever made”. Recorded on a $200 dollar in Rivera’s living room, it was signed by Defected and remixed by Masters at Work, eventually peaking at No 24 in the UK Singles Chart and No 17 on Billboard’s Dance Chart, since appearing on countless compilations and receiving over 150 licenses for film, television and commercials.

Though it’s undoubtedly his greatest legacy, Rivera’s musical output stretches far beyond that early ‘00s gem. As a solo artist, he’s consistently released successful singles that have developed his soulful, disco-tinged house sound into a more contemporary-facing aesthetic that has proved enduringly popular. Collaborating with Jon Cutler, Mike Delgado, Robert Owens and HAZE, he’s also worked as a co-producer for a variety of artists and remixed some of pop music’s biggest names. Balancing this studio work with a global DJ schedule that consistently takes him to premier events around the world, Sandy Rivera continues to build on a stellar reputation that’s made him a highly respected mainstay at some of the world’s biggest clubs and festivals. 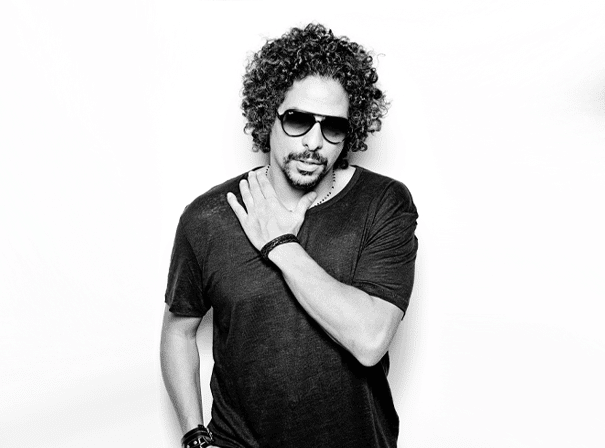