Adexe & Nau are two Spanish brothers that together make the increasingly popular duo that captured many with reggae influenced, Latin pop. Born in Tenerife, Nauzet and Adexe Gutierrez have two years in between them, they both began as solo performers before collaborating in 2015 with a cover of Nicky Jam’s, ‘Si Tu No Estas’.

Adexe & Nau became famous for their stylish covers, which have been widely listened to, such as ‘Andas en Mi Cabeza’.

In 2017, the duo released their debut full-length album with Sony Music, titled Tu & Yo, to a positive reception. The album spawned numerous successful tracks, including ‘Tu y Yo’ and ‘Solo Amigos’.

The duo have an impressive following online with many fans, boasting 11 million subscribers on YouTube and 960k followers on Instagram, where they share news, releases and insights into their lives with their fans. Adexe & Nau have toured across Spain, Mexico and the USA and the pair continue to grow their influence internationally. 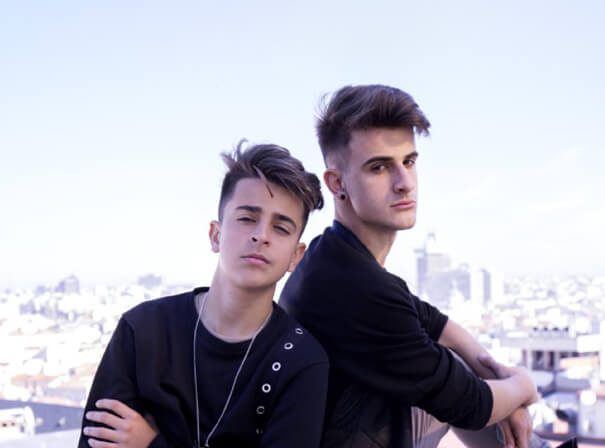