One of the industry’s fastest-rising female vocalists, Ally Brooke is a singer-songwriter that has collaborated with Tyga, A Boogie Wit Da Hoodie, Afrojack, and Matoma. First discovered on The X Factor, she is a member of Fifth Harmony and has enjoyed a successful solo career.

Born in San Antonio in 1993, Brooke began her professional singing career at age 12 and auditioned for The X Factor in 2012. She soon joined several other finalists including Camila Cabello and Normani to form Fifth Harmony, a successful pop group with singles including “Work from Home” and “Worth It”. After three studio albums, the members went on to pursue solo careers. Brooke’s first features came via “Perfect” with DJ Topic and “Look at Us Now” with Lost Kings. In 2018, Brooke signed with Atlantic Records and released a cover of “Last Christmas”, later performing it at the Macy’s Thanksgiving Day Parade.

Her debut single as a lead artist was “Low Key” featuring Tyga in 2019 followed by “Lips Don’t Lie” with A Boogie Wit Da Hoodie. She is often the featured vocalist in electronic music productions by the world’s best DJs such as “All Night” with Afrojack and “Higher” with Matoma. Brooke finished third place in the 28th season of Dancing With The Stars and is set to release her autobiography Finding Your Harmony in 2020. With her highly anticipated debut album on the way, expect Ally Brooke to thrive as one of her generation’s finest pop stars. 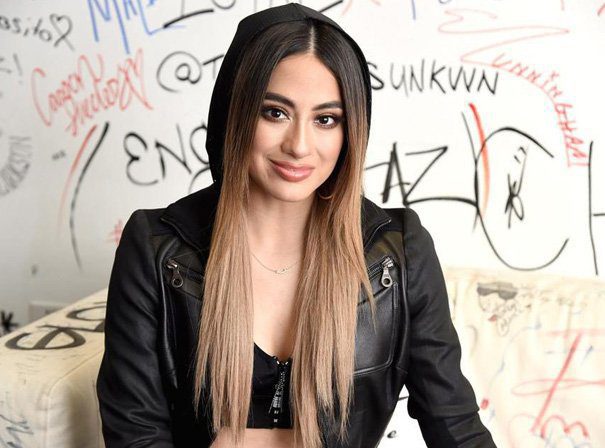