A rising force in contemporary hip-hop, Bandkidjay is on apath to make major waves on the global scene. As a member of the creativecollective Bandkids, he’s worked closely alongside hotly-tipped newcomer LilMosey, collaborating on several tracks including the viral single ‘Malibu’ andMosey’s recent track ‘Bandkids’. He’s already picked up close to 3 million streamson SoundCloud in under a year, thanks to impressive numbers on tracks list ‘RideWit Me’ (765k), Icee Chain (337k) and Bounce (268k).

A popular internet presence with a steadily growingInstagram following, Bandkidjay has already racked up over 40k followers thanksto the buzz surrounding him and his contemporaries. Friend and collaborator LilMosey has been dominating the airwaves and the internet throughout 2018 and2019 with hooky, trap-leaning tracks like ‘Greet Her’ and ‘Pull Up’ racking upmillions of views – as part of Mosey’s Bandkids collective, Bandkidjay isenjoying a similar rise, thanks to features on tracks like ‘Malibu’, anenergetic cut released in summer 2018. Bandkidjay was recently invited to openfor Lil Mosey on his nationwide headline Northsbest tour, a slot that gave himcrucial exposure to hip-hop fans across America.

With singles like ‘Blue Chanel’ and ‘White Audi’ drawinghuge numbers online and receiving major airplay, Bandkidjay has generated abuzz around his upcoming debut mixtape, due to drop in summer 2019. 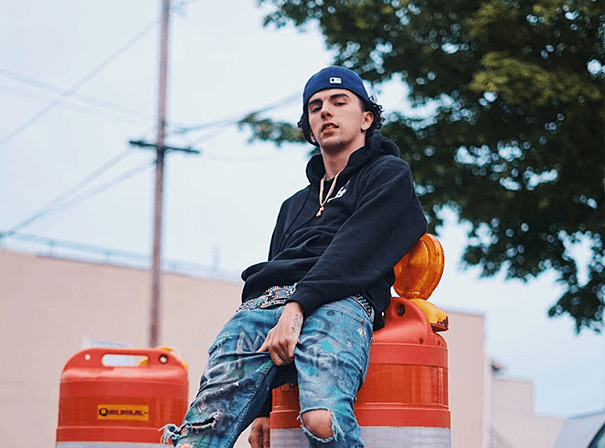