Blue are one of theworld’s most popular boy bands, having sold over fifteen million recordsworldwide and one million singles in the UK alone. Their iconic singles “AllRise”, “One Love” and “Fly By” dominated the airwaves upon release, bringing AntonyCosta, Duncan James, Lee Ryan, and Simon Webbe international stardom and globalsuccess.

Blue’s debut singlewas released in May 2001, immediately shooting to No. 4 on the UK SinglesChart. “All Rise” was swiftly followed by “Too Close”, their second single andfirst number one, an instant success that firmly established the group as oneof Britain’s hottest boy bands. By the time they released their debut album,the buzz around Blue had reached epic proportions, and the recordunsurprisingly hit number one, selling almost two million copies in the UKalone. Blue capitalised on the success of their debut with the release of2002’s One Love, a smooth and sexy take on modern pop music that featured avocal contribution from none other than Elton John. This album cemented theirstatus as UK pop icons, fuelling a hugely successful international tour andearning them a coveted BRIT Award for British Pop Act.

Following a thirdnumber one album, Blue disbanded for several years, only to reunite in 2011 –much to the delight of their adoring fanbase. Since their revival, the grouphave supported fellow pop idols Steps on tour and released an incredible newtrack, “In Your Arms.” 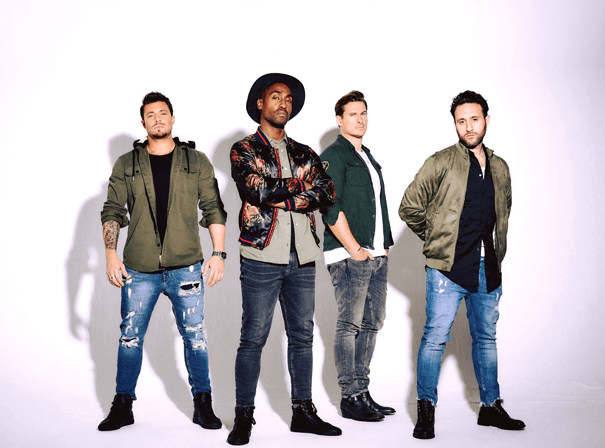