A legendary group in the Latin American rock scene, Cafe Tacvba is an internationally famous band from Mexico. They won a Grammy Award for Best Latin Rock/Alternative Album and have been recognized at the Latin Grammys countless times. Cafe Tacvba has a worldwide fanbase and previously performed at Lollapalooza and Coachella music festivals.

Cafe Tacvba formed in the late 1980s and was influenced by alternative rock bands like The Cure, The Clash, and The Smiths. The group began to combine this modern sound with their Mexican roots, and their self-titled 1992 album mixed genres like punk and hip-hop with Latino styles like bolero and ranchera. Their follow-up album Re continued to explore alternative rock and metal sounds, while their 1996 cover album Avalancha de Exitos saw their first appearance on Billboard’s Top Latin Albums chart.

Showing off their incredible versatility, the 1999 release Reves/Yo Soy is a double-disc album featuring both experimental instrumentals and more mainstream material. Their 2003 album Cuatro Caminos was recognized with a Grammy Award for Best Latin Rock/Alternative Album as well as several honors at the Latin Grammys. In 2008, they were nominated for six Latin Grammys, the most for any artist in the entire field.

Known for a unique sound that blends numerous genres, Cafe Tacvba continue to release new albums for their dedicated fanbase. The band has performed massive live shows including sets at Lollapalooza, Coachella, and sold-out arenas in Mexico. Cafe Tacvba is one of the most influential Rock de Español bands of all time and will go down in history as musical icons. 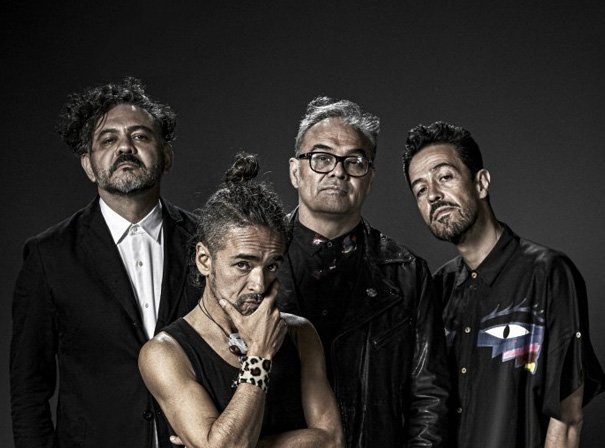