Signed to major labels, remixed by Kanye West and self-producing albums all before the age of 20 – there isn’t much Chief Keef hasn’t done. The 25-year-old Chicago rapper started his career at the humble age of 16. Kanye West’s 2017 remix of Chief Keef’s single “I Don’t Like” reached Billboard’s Rap Top 20, catapulting Chief Keef’s success and resulting in a signing with Interscope later that year. He released his debut album Finally Rich in December of 2012. It includes singles still to this day the most streamed in his entire discography. These include “Love Sosa”, with 211 million Spotify streams and 158 million YouTube views and “Hate being sober” with 131 million Spotify streams. Not only was he paving the way for young rappers, but also bringing the drill genre front and centre. Finally Rich featured artists such as 50 Cent, Wiz Khalifa and Rick Ross. In 2013, he signed to 1017 Brick Squad Records, with whom he released mixtapes Bang Part 2’ and Almighty So. In the same year, he was featured in Kanye West’s Yeezus album. In early 2014, eager to spread his talent and explore his potential, the then 19-year-old rapper set up the Glo Gang Label, under which he self-produced songs from the Back From The Dead 2 mixtape, which was ranked 25th in Rolling Stone’s 40 Best Rap Albums of 2014. In 2015 he released the album Nobody, featuring Kanye West and Tadoe. After a break in 2016-2018, Chief Keef came back even stronger with a collaborative mixtape with Zaytoven called Glotoven. In March 2020 he earned his first major credit as a producer on Lil Uzi Vert’s album Eternal Awake. It’s not often that the rap world comes across a talent so well established and well-rounded, but Chief Keef’s accomplishments define just that. His powerful voice in the industry and exhilarating sounds are sure to keep him at the front and centre of the rap world for years to come. 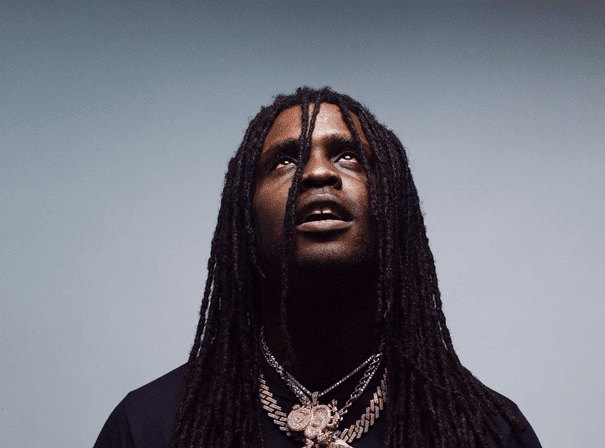