CIX is a five-piece South Korean boy group, who first hit the world stage in 2019 with debut EP Hello Chapter 1: Hello Stranger. The band blends K-pop with R&B and hip-hop elements, and has been recognised with nominations at the MTV Europe Music Awards and the Seoul Music Awards.

Comprising members Bae Jin-young, BX, Hyunsuk, Seunghun and Yonghee, CIX were announced by C9 Entertainment in mid-2019. Prior to the group’s formation, BX had appeared on JTBC’s survival reality show Mix Nine, and Bae Jin-young had competed on Mnet’s group reality show Produce 101. Following their launch, the group appeared on the 10-episode reality show Hello CIX through V Live, and gave their first dedicated performance at the SK Olympic Handball Gymnasium. They released their debut EP that July, which featured the tracks Movie Star and What You Wanted, and landed at No. 2 in South Korea’s Gaon Music Chart. Soon afterwards, the group signed with Warner Music Japan, releasing a Japanese version of Hello Chapter 1 which featured new track My New World.

In late 2019, CIX promoted their second EP, Hello Chapter 2: Hello, Strange Place, which again stormed into the top ranks of the Korean charts, and included the hit hip-hop dance track Numb. They were named Global Rookie Top 5 at the V Live Awards, and picked up nominations for Best Korean Act at the MTV Europe Music Awards and for Most Popular K-Pop Artist at the Seoul Music Awards. They have performed on shows including MBC’s Shoe! Music Core, KBS’s Music Bank and Mnet’s M Countdown. 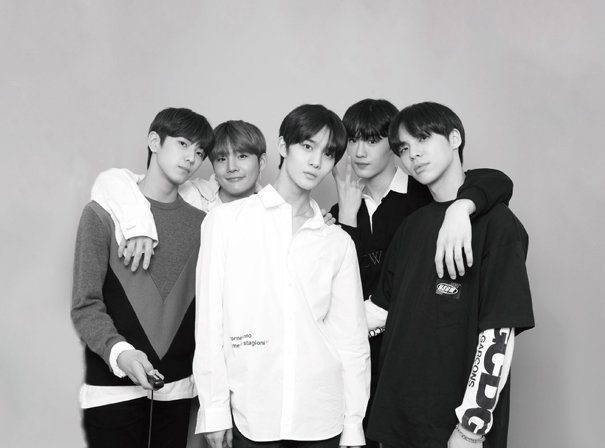