With show-stopping vocals, raw rhymes and a unique energy, Coi Leray is a unique, dynamic and fiery pop star like nothing the music world has seen before. Leray exploded onto the music scene with breakout track ‘G.A.N. (Goofy Ass N***az)’ in 2017, followed by her highly anticipated mixtape Everythingcoz a year later. In 2020 Leray’s Now Or Never EP blew up and amassed an staggering 124 million cumulative streams, and the singer has already lit up 2021 with her biggest and boldest track to date, the viral banger ‘No More Parties’ which has already racked up over 160 million views on TikTok.

Hailing from New York, the Los Angeles-based songstress started out dabbling in freestyles and recording some tracks on the side, but didn’t take her music career seriously until her 2017 single ‘G.A.N. (Goofy Ass N***az)’ blew up on Soundcloud and thrust her into the limelight. The success of the track encouraged the young rapper and singer to keep going, and she made waves in 2018 with her independent mixtape, Everythingcoz. Sequels EC2 and the Now Or Never EP made the music world take even more notice of the rising star, and she began to work on collaborations with the likes of Kiana Lede, Fetty Wap and Gunna and appeared on the soundtrack to blockbuster movie Spider-Man: Into the Spider-Verse.

Following the success of stand-out track ‘No More Parties’ in 2021 it’s clear that Leray is becoming not just a fully-fledged artist but a true superstar in pop as well as rap, and is set to make an even bigger impact as a musician that stands out in every way. 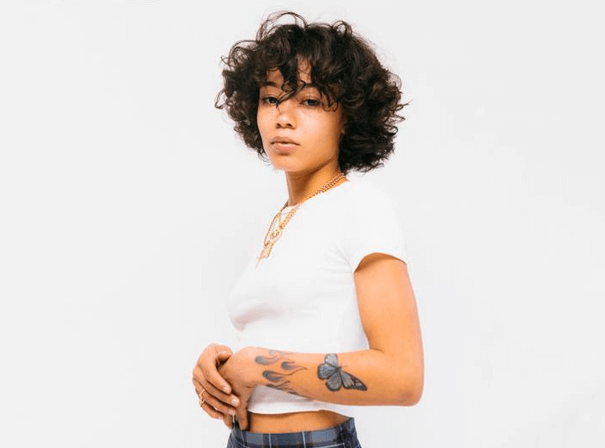