Californian hip hop group Cypress Hill are widely considered to be some of the leading pioneers of West Coast rap and hip-hop. Since their formation, the group have created innovative music that employs an experimental vocal style, bass-heavy rhythms and often unusual sample choices, and have met with critical acclaim. Across a three-decade career, they have sold over 20 million albums, and have influenced a generation of fellow artists. Forming in the late 1980s, the group originally consisted of Cuban-born Senen Reyes (Sen Dog), New Yorker Lawrence Muggerud (DJ Muggs) and California native Louis Freese (B-Real).

Their first and self-titled album, released in 1991, was certified double platinum, was critically lauded, and spawned several hit singles. Amid increasing hype, the band’s second album debuted straight in at No. 1 on the Billboard 200, and broke the record for the highest Soundscan performance for a rap group album. Over the following years, their star continued to climb relentlessly upwards. The group earned three Grammy Award nominations, introduced new member and percussionist Erico ‘Bobo’ Correa, played Woodstock ’94, and were named Best Rap Group by Rolling Stone magazine.

To date, Cypress Hill have released nine studio albums, several EPs and compilations, and dozens of hit singles. Several of their records have charted internationally, including the crossover hit Insane in the Brain, which was their third US Hot Rap Songs No. 1, and marked their breakout in the UK, Australia, New Zealand and beyond. The group have collaborated with dozens of artists including Snoop Dogg, OutKast, Berner, Pitbull and Everlast, and continue to surprise and impress fans and critics with ever-original music. In 2019 they were honoured with a star on the Hollywood Walk of Fame. 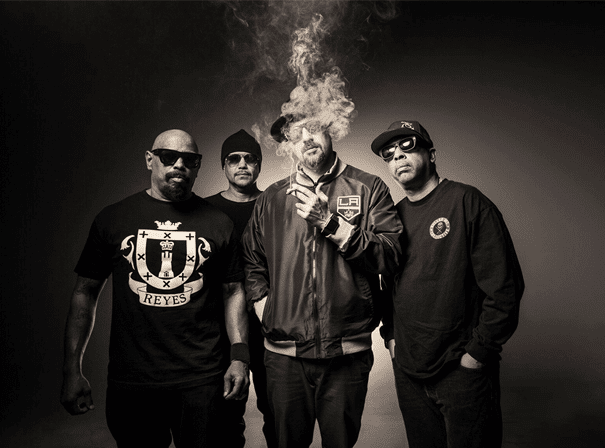