Emilia Mernes is a singer, composer and model from Argentina, most famous for her time spent as lead vocalist in the Uruguayan group Rombai. As an up-and-coming future star, she has already performed on some of Latin America’s biggest stages while amassing over 1.2 million Instagram followers.

Mernes started out as a model for clothing brand 47 Street after she won a top modelling contest in 2012. The multi-talented Mernes began posting impressive song covers on social media around the same time, and her hard work and persistence paid off when she was invited to join Rombai as a replacement for former vocalist Camila Rajcaman in 2016. Mernes became a popular addition to the group, regularly playing top venues in South America, including six sold-out shows in Buenos Aires’ Luna Park arena, and three sold-out gigs in Santiago.

Her time with Rombai exposed Mernes to a huge audience and she rapidly gained over 1.2 million online followers, building an extensive and global fanbase. In 2017 she collaborated with Agustin Casanova‘s band Marama on the track ‘Que Rico Baila’, and with her popularity soaring, it was no surprise that the alluring and talented singer announced she was launching a solo career. Fans are now eagerly awaiting her debut album, soon to be released under Sony Latin. With her music career about to skyrocket, Mernes has also seen continued success as a model, acting as the face of several well-recognised brands and a global ambassador of Benetton. 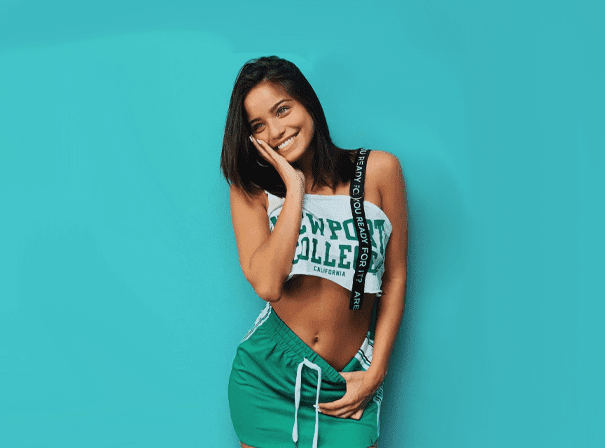