Singer-songwriter Farruko is widely recognised as a mastermind of reggaeton, releasing countless international hits and scoring two Billboard Top Latin No 1 Albums. His music incorporates hip-hop, rap, R&B and Latin trap and he has collaborated with the likes of Sean Paul, Alicia Keys, Shaggy and Nicki Minaj.

Born Carlos Efren Reyes Rosado, the Puerto Rican singerinitially reached fans through Myspace, releasing his first song, Sexo FueraDel Planeta, in 2009. He began collaborating with artists such as JoseFeliciano, Daddy Yankee and Arcángel, releasing his debut album ElTalento Del Bloque before touring to great acclaim. His singles and albums havesince topped charts worldwide, and many of his records have earned Gold, Platinumor Diamond certification from the RIAA. Three of his records have beennominated for Best Urban Music Album at the Latin Grammy Awards, and his song6AM (featuring J Balvin) earned a Latin Grammy for Best Urban Song. Known forhis phenomenal stage presence, he has conducted several major tours, performingat some of the world’s biggest venues across the US, Latin America, theCaribbean, Canada and Europe.

In 2018, Farruko collaborated with Pedro Capo on a remix ofthe latter’s single Calma, which immediately topped charts throughout LatinAmerica and  several other countries. Thefollowing year, he worked with Alicia Keys on another chart-topping remix ofCalma before collaborating with Jason Derulo on the worldwide hit Mamacita.Despite his meteoric rise and innovative sound, Farruko has continued to explorehis roots. In 2019, he collaborated with HBO on the documentary Farruko: EnLetra de Otro, which premiered at the New York Latin Film Festival, andreleased an album of the same name, featuring covers of classic songs that haveinspired his musical journey. 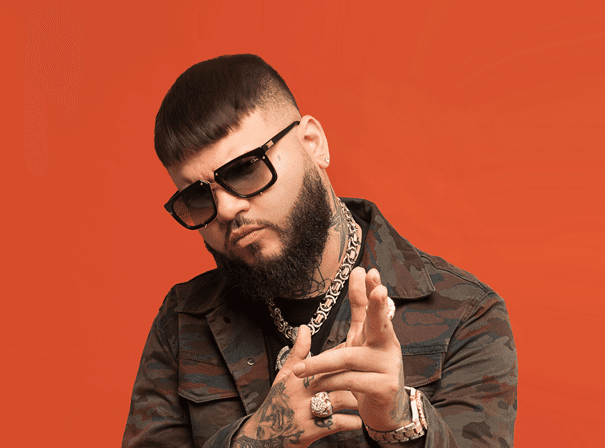