Fivio Foreign is a standout rapper who created the hit single, “Big Drip,” which the New York Times called “a defining anthem” of Brooklyn drill.

In 2011, Fivio Foreign entered the rap scene as “Lite Fivio,” but changed his name two years later. It wasn’t until 2019 where the name “Fivio Foreign” was muttered all over Brooklyn when he released his EP, Pain and Love—due to the opening track, which was “Big Drip.” A few months later, he was introduced to Columbia Records by rapper Lil Tjay, and partnered with the label by signing a one million dollar contract. This led to the sync of the song on the film “The King of Staten Island,” created and starred by Pete Davidson, as well as a remix of the track featuring Lil Baby and Quavo.

“Big Drip’s” success opened more doors for him: in 2020, Fivio Foreign had two Billboard Hot 100 charting songs after being asked to feature on “Demons” by Drake (which peaked at 34) and “Zoo York” with Lil Tjay and the late Pop Smoke, who Fivio Foreign credits as the man who taught him everything about Brooklyn drill. “Zoo York” hit 65.

Outside of his artistry, Fivio Foreign also formed his own music collective, 800 Foreign Side, with a group of friends. 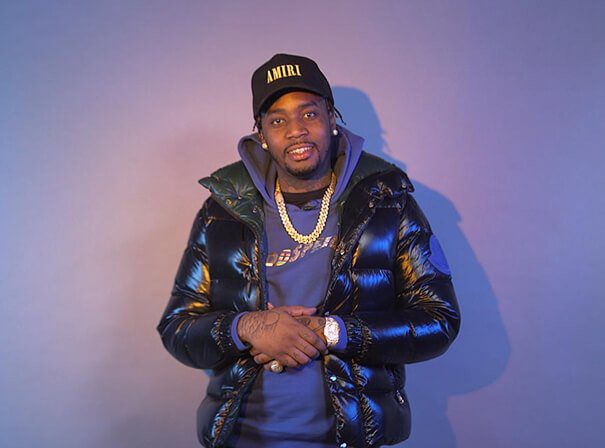