Fredo Bang is a young American rapper who’s collabed with high-profile artists ranging from Tee Grizzley, Moneybagg Yo, YNW Melly, and Lil Baby on his most recent mixtape: Most Hated.

This Louisiana-born rapper went viral back in 2018 after posting a freestyle collab on his Instagram with famous ukulele player, Einer Bankz. With an unforgettable Hip-Hop hook paired with a beautiful ukulele, fans demanded he completed the song. So, later that year, Bang released “Oouuh,” which reached 2.6 million views on YouTube. He’d go on to remix the track with an appearance from Kevin Gates, upping the views to 6.8 million. As for Spotify, “Oouuh” has been streamed nearly 17 million times, contributing to his 864K regular monthly listeners.

After receiving acclaim, he was scoped out by Def Jam and received a record deal. Since then, Jesse Childs of Revolt.tv called him “one of the more exciting artists on Def Jam’s roster.” Leading up to the anticipation of Most Hated, he collabed on Moneybagg Yo’s single, “Spin On Em,” hitting 4.1 million views on YouTube. And once Most Hated came out, it peaked at 110 on the Billboard 200.

Now, Bang’s created quite the following for himself: he has 1.2 million followers on Instagram. He’s even been recognized by Lil Wayne, which he credits as one of the most standout moments of his career so far. His most recent single, “Receipts,” is out now. 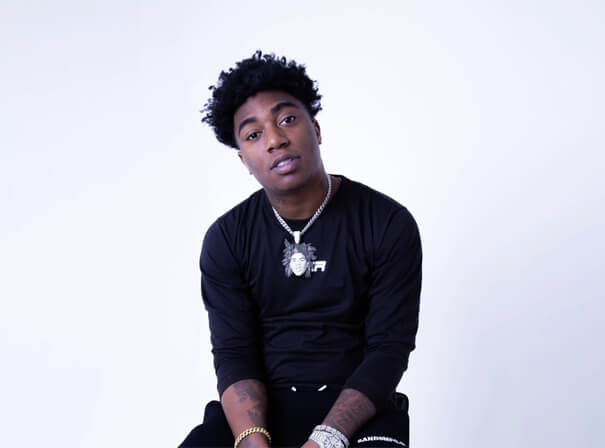