International freestyle and salsa star George LaMond was born George Garcia in Washington, D.C in 1967, before moving to The Bronx, New York City. LaMond attended a high school for art and design with the hopes of becoming an artist, but his passion for singing evolved when he discovered a new genre of dance music: freestyle.

In 1989, George LaMond was signed to the independent label Ligosa Records, releasing the single “Bad of the Heart”. The song garnered attention and would peak at No 25 on Billboard’s Hot 100. This led to LaMond signing a major record deal with Sony Music’s Columbia Records and releasing his debut album Bad of the Heart, including the hits, “Without You”, “Look Into My Eyes” and “No Matter What”. In 1990, he performed as the opening act for the New Kids on the Block North American Tour.

In 1992, George LaMond released a Latin Album with Sony Music’s Prestige Records that included the singles, “Baby, Creo En Ti” and “No Morira”, both of which reached the Top 15 on Billboard’s Latin Singles. In 1999, he returned to his Puerto Rican heritage and recorded a salsa album, Entrega, featuring the hit single “Que Te Vas” – the album was certified Gold by the RIAA. George LaMond has worked with many talented artists and musicians throughout his career including Paul Simon, Marc Anthony, and Sergio George: he continues to perform and tour internationally. 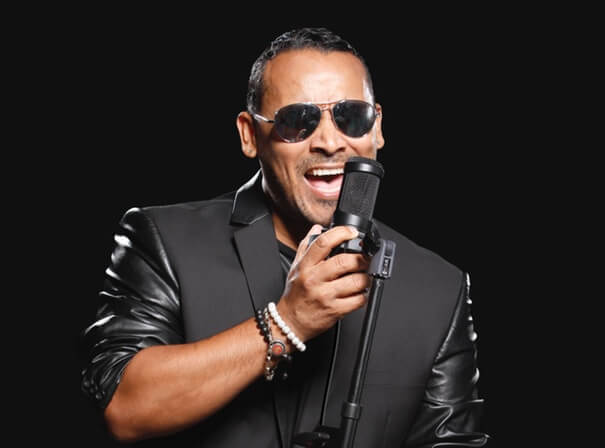