The incredibly talented D’Anthony William Carlos, who performs under the stage name GoldLink, is a magnificent, Grammy-nominated rapper, singer, and songwriter. He is known for his exploration of various genres and for drawing upon a global assortment of sounds and artists.

GoldLink was born and partly raised in Washington D.C. before he moved to Maryland and then Virginia. He started making music after graduating from High School and released his first tracks through Bandcamp under the name Gold Link James. This soon changed to GoldLink after he began releasing music on SoundCloud in 2013. In 2014, he released his debut mixtape, The God Complex, which received wide critical acclaim. He then began collaborating with producer Rick Rubin and released a second mixtape, After That, We Didn’t Talk, in 2016, which was again widely acclaimed. He then signed a major deal with RCA Records, and released his debut album, At What Cost, in 2017. It peaked at No. 36 in the R&B/Hip Hop charts and was certified Gold by the RIAA. The first single off the album, Crew, went 4 x Platinum, peaking at No. 45 on the US Billboard Hot 100, and was nominated for Best Rap/Sung Performance at the 60th Annual Grammy Awards in 2018. In 2019, he released his second studio album, Diaspora. However, GodLink has since stated that he considers At What Cost to be his breakout mixtape due to a label agreement and that Diaspora is his debut album. And so,HARAM!, which was released in June 2021, is now officially his second studio album. 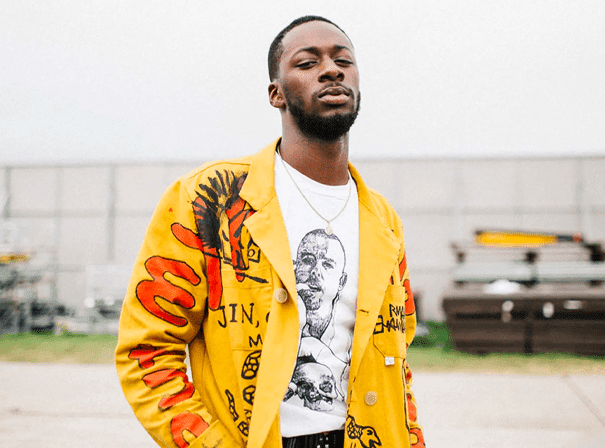