Grant Knoche is a former member of the pop band, KIDZ BOP, and is now pursuing a solo career in music. At only eighteen years old, Knoche has already made a name for himself and he released his first album back in 2017. Now, he is paving his way for a future in the music industry.

Knoche first rose to fame when he joined the group, KIDZ BOP. The group was formed to give young people a start in the music industry, and they covered ‘clean’ versions of popular songs. Knoche joined them in 2014 and spent several years singing in the group. However, after he outgrew the kiddie pop group, it was clear that he was serious about making a name for himself as a musician. His talent and fan base led him to start making his own music and his 2017 release, Downpour, was a big success, garnering over ninety thousand views on Youtube.

As well as pursuing his musical career, Knoche has also dabbled in acting, proving himself to be a double threat. He first appeared on screens in 2018 in an episode of Nicky, Ricky, Dicky and Dawn. He then joined the cast of Chicken Girls as a series regular. His last on-screen appearance was in 2019, but he has definitely laid the foundation for a career in acting too.

Knoche has a large online following who keep up with his every move, with over two hundred and fifty thousand Instagram followers. He also has a Patreon account where his fans can support his music. 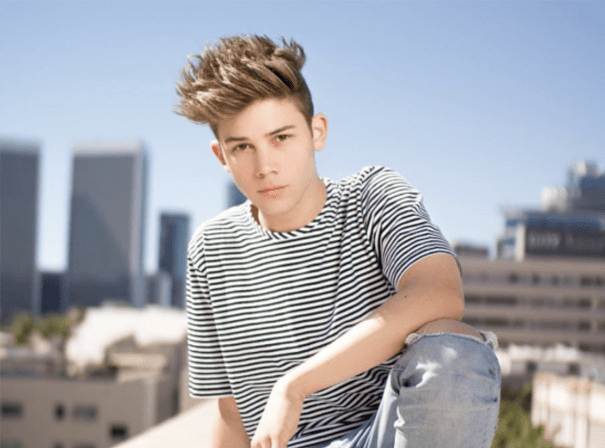