Formed by Errol Brown and Tony Wilson, Hot Chocolate is a British soul band who have had many hits from the seventies right through to this day. In fact, from 1970 to 1984 they had at least one hit each year and their most famous song, “You Sexy Thing,” climbed in the Top 10 of the UK charts in three separate decades. Made up of vocalist Errol Brown, guitarist Franklyn De Allie and drummer Jim King as well as percussionist Patrick Olive, bassist Tony Wilson and latterly keyboard player Larry Ferguson, the ban’s line-up changed a number of times but their sound always remained popular.
The band’s first hit was a reggae version of John Lennon’s ‘Give Peace a Chance’. Lennon was a big fan of it and signed the group to his Apple Records. Later int he seventies the band really hit their stride and “Love Is Life”, “Emma”, “You Could Have Been a Lady” and “I Believe in Love” all came through as a success and tracks like ‘Brother Louie’ and ‘Emma’ did well in the charts and won the band many fans. Famous for their high production values and tight vocal harmonies, their singalong hits kept on coming and “Every 1’s A Winner’ was one of the biggest. The band continued well into the 1980s, and clocked up another big hit record: “It Started with a Kiss”, in 1982, which reached Number 5 in the UK. As such they are a much treasured and popular band who stayed relevant through the ages and have strong songbook that people still love to hear today. 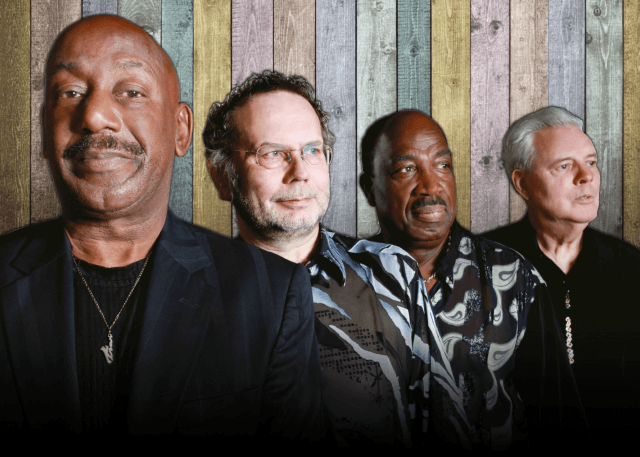