Ingrid Rosario is an award-winning singer blessed with supremelypowerful vocals that come right from the heart. A powerhouse of the Christianmusic scene, Rosario is an inspiration to worshippers around the world, and shehas even sung in the presence of two American Presidents. President George Bushwas key speaker at the First National Hispanic Prayer Breakfast in 2002 where sheimpressed with her renditions of the National Anthem and The Lord’s Prayer.Rosario later performed at the same event in 2009 in front of none other thanPresident Barack Obama.

Born in Los Angeles, Rosario discovered her passion for singing at theage of 15, after moving to Miami and working with her local church youth groupand choir. In 1997, she was asked to record with the hugely successful worshipleader, singer and songwriter Ron Kenoly on his powerful track ‘Majesty’.Rosario’s debut album Canta al Señor (Shout to the Lord) followed in 1999, andher popularity began to soar with her second album, Fe (Faith) in 2001. In thesame year Rosario’s impressive talents began to be recognised she was awarded“Revelation of the Year” artist by Christian Spanish magazine MercadoCristiano.

In 2004, legendary pioneer of contemporary gospel music Andraé Crouch invitedRosario to record with him, an honour that cemented Rosario’s reputation as oneof the leading vocalists on the Christian music scene. In the same year she wasawarded the “Best Female Vocalist” award by Premios Nuestra Música (Our MusicAwards). Her other accolades include three GMA Dove Award nominations and aLatin Grammy Award nomination for her 5th album “Cuan Gran Amor.” Rosariois frequently seen on television programs around the world sharing her music, regularlyappearing on TBN and Daystar. 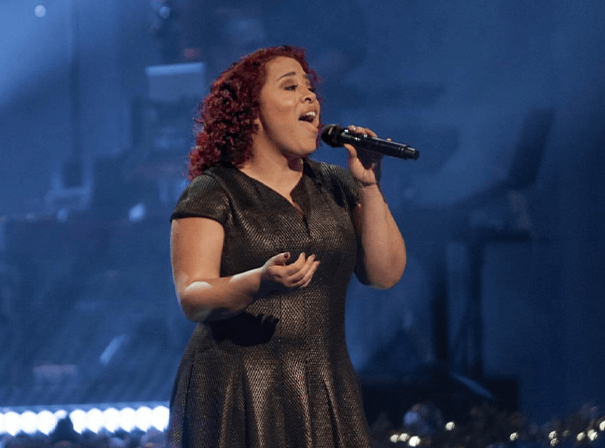