Joseph Akinfenwa Donus, known to the world as Joeboy, is the 22-year old Nigerian musician whose cover of Ed Sheeran’s “Shape of You” blew up across the world, marking the start of his official music career. The song created enough hype that Joeboy was swiftly discovered by Nigerian musician and owner of the Banku Music Label, Mr Eazi. Joeboy was one of the first artists to receive funding from emPawa, Mr Eazi’s program dedicated to promoting independent African artists, and with this support he soon broke through into the international mainstream.

Joeboy’s music is incredibly unique, as he’s known for blending an African sound with practically any genre, including rock, pop, and R&B. In 2018, Joeboy released his first official single, “Fààjí,” which featured a contribution from his mentor and international pop star, Mr Eazi. The same year, Joeboy delivered a powerful verse on super producer GuiltyBeatz’ track, “Fire.” While these songs were well received, Joeboy’s success skyrocketed after the release of his second single, “Baby.” The track became wildly popular, hitting No 1 on Apple Music in both Uganda and Nigeria and reaching over a million streams on Spotify. The song’s video was produced by multi-platinum record producer and sound engineer, Dëra, and has since garnered more than 5.8 million views on YouTube. Most recently, Joeboy released his first EP, a six-song project entitled THC (The Herrera Chronicles), earning widespread acclaim and setting the stage for an international takeover set to take place later over the coming year. 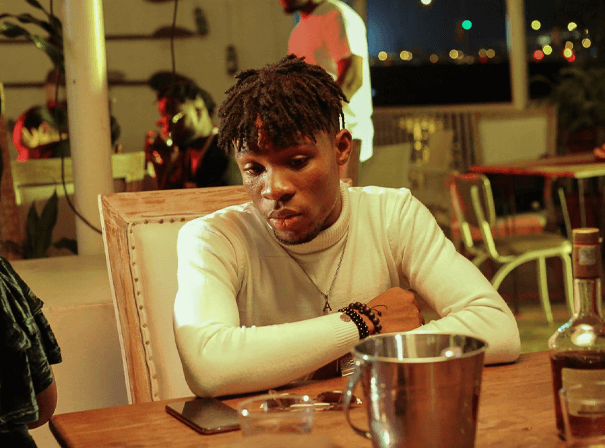