With a ground-breaking EP on Atlanta’s premierindependent hip-hop label, Quality Control records, Jordan Hollywood is fastbecoming the enigmatic poster-boy for Florida’s burgeoning hip-hop scene. Laudedby critics as the label’s “secret weapon” and tipped as one of 2019’s “breakout stars”, Hollywood’s involvement with the music industry goes back furtherthan the recent slew of dark, moody Trap’n B artists. He has ghostwritten forrap-superstars Jason Derulo and French Montana and collaborated with a range ofcontemporary hip-hop stars, including Lil Durk, Tory Lanez, Bam Savage, YoGotti and the platinum-selling producer Smash David.

A charismatic online presence with an extensive following, Hollywood has accumulated over 100k YouTube followers and upwards of 60k Instagram followers. Although his music is decidedly dark and moody, his videos often deliver a satirical take on timeless hip-hop clichés such as strip-bars and trap-houses. In addition to his skills as a songwriter, Hollywood knows his way around a recording studio. The rapper produces his beats and engineers his mixes in-house. His music’s visceral after-party vibes, clear melodic lines, and strung-out trap drums stand out amid the current quagmire of lo-fi, generic mumble rap.

Hollywood’s popularity snowballed in 2019, but hisroots date back to 2011, when he first started uploading his music to SoundCloud.Though his rise to stardom has been gradual, he has carved out a reputation as atrue individualist, putting an introspective spin on the genre’s seeminglyubiquitous rags to riches narrative. As an experienced industry insider,Hollywood is busy scouting and signing talent to his label, The Wasted Youth.In many ways the rapper’s life resembles his music; he currently jets betweenhis permanent home in Broward County, Florida and Los Angeles; tirelesslypushing his career forward while remaining rooted in the scene that madehim. 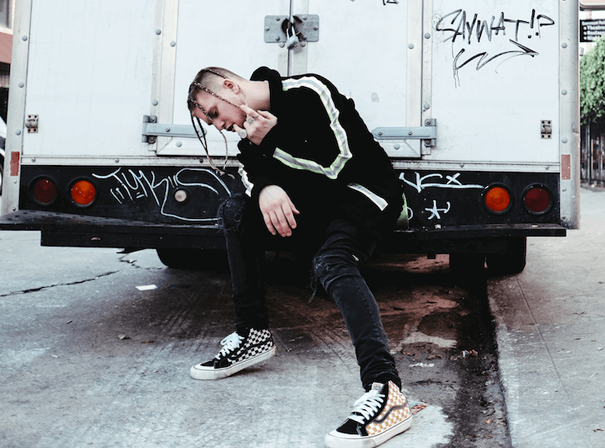