Justina Valentine is an American rapper, singer, songwriter and model hailing from New Jersey. Valentine is well known for her songs All The Way, Unbelievable and Candy Land, featuring Fetty Wap. Valentine is recognised visually for her vibrant red/pink hair.

Valentine released her debut mixtape in 2012, titled Route 80, which spawned the singles ‘Bubble Gum’ and ‘Hip-hop Joan Jett’, both of which became viral hits and were widely watched on Youtube. Valentine’s self-titled EP, Valentine, was released in 2013 and peaked at No 38 on the iTunes R&B charts. Her successive releases, Red Velvet, Scarlet Letter (2016) and FEMINEM (2017) were received positively. In 2016, Valentine joined the cast of MTV’s Wild ‘N Out and continues to be a cast member.

Valentine has made several media appearances, including competing in the MTV series The Challenge in 2017. She also co-hosted the MTV dating show, Single Out, alongside rapper Conceited. Valentine has toured extensively, completing a 2019 tour titled Favourite Vibe Tour. Valentine’s sound is an eclectic fusion of pop, soul and rap which has brought her a much acclaim and major radio airplay. Her most recent release, DAMN, boasts 1.4 million YouTube views in the first 4 months of release. 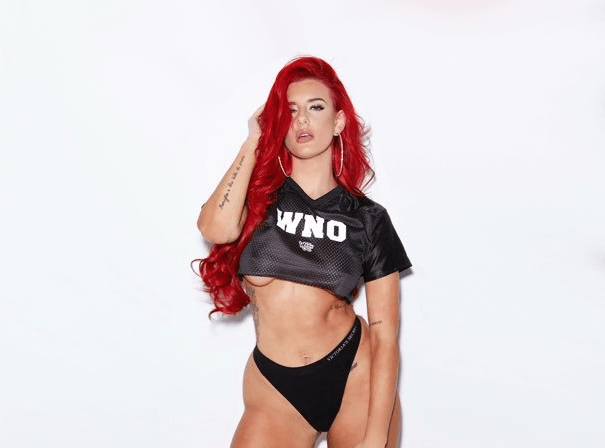