Global reggae star and award-winning artist Kabaka Pyramid is a producer and multi-talented artist from Jamaica. Often hailed as a leader in the recent wave of impactful reggae artists to emerge from Jamaica, he achieved worldwide success in 2015 with his hit track ‘Well done’ and smashed into the Billboard top 10 chart with his Lead the Way EP. Many of his other tracks including ‘Mi Alright’, ‘Never Gonna Be A Slave’ and ‘Free From Chains’ have received regular rotation on both local Jamaican and international airwaves, and his 2017 anthem ‘Can’t Breathe’ was another massive international smash, topping the Global Reggae Charts.

Hailing from the streets of Kingston, Jamaica, Kabaka Pyramid has gained notoriety as a conscious revolutionary lyricist with an innovative and unique style of music. Blending the lyricism of Hip Hop with the energy, melody and power of reggae, he has developed a solid international fan-base, reaching out and connecting to his audience through his positive messages of conscious evolution and spirituality.

After winning the Jamaica Reggae Industry Association’s breakthrough artist of the year in 2013, he steadily racked up the hits and in 2017 he dropped the first track ‘Can’t Breathe’ from his debut full length album ‘Contraband’, a project executive produced by Damian Jr. Gong Marley. He has also toured extensively over the last five years supported by his talented Bebble Rockers band performing on many of the world’s biggest reggae stages including BoomTown UK, SummerJam in Germany and Reggae on the River in the USA. With his music and his messages of unity and harmony already reaching the masses, Kabaka Pyramid is leading the way for a bright future of reggae. 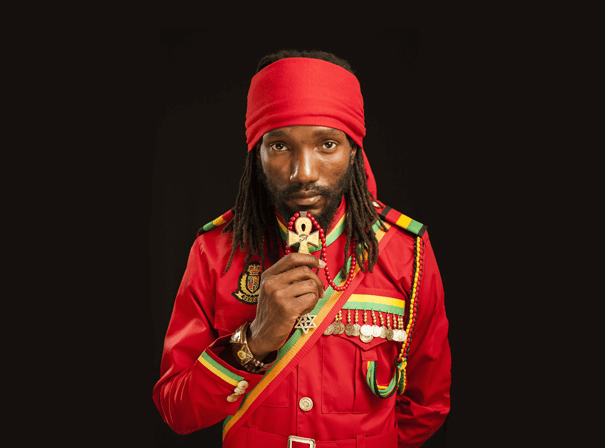