Kehlani is an American singer-songwriter whose reputation has blown up huge in recent years. After first appearing in the public eye as a member of America’s Got Talent entrants Poplyfe in 2011, they have released three solo albums since 2016, two of which have topped the US R&B charts and made the Billboard Top 3. Their most popular track to date, ‘Nights Like This’, a collab with Ty Dolla $ign from their 2019 EP, While We Wait, has been streamed an incredible 414 million times on Spotify. They are immensely popular on social media, most notably on Spotify where they have over 13.5 million followers. They have been nominated for many awards, including two Grammys, and won the Rulebreaker Award at the 2017 Billboard Women in Music Awards.

Growing up in Oakland, California, Kehlani experienced a troubled upbringing, with both parents suffering drug addiction (their mother ended up in jail and her father died of an overdose when they were little). Despite this, Kehlani became a keen dancer and dreamed of studying at the prestigious Juilliard School until a knee injury ended that ambition. However, they began concentrating on singing instead and were soon asked to join an aspiring local group, Poplyfe, who appeared on the sixth season of America’s Got Talent in 2011, eventually finishing fourth on the whole series.

Despite this success, Kehlani left shortly after the competition and began a solo career. One of their first mainstream breakthroughs came when their second mixtape, You Should Be Here, dropped in 2015 and went gold, making number two on the US R&B charts. Since then, it’s been ever upwards for this remarkable artist. 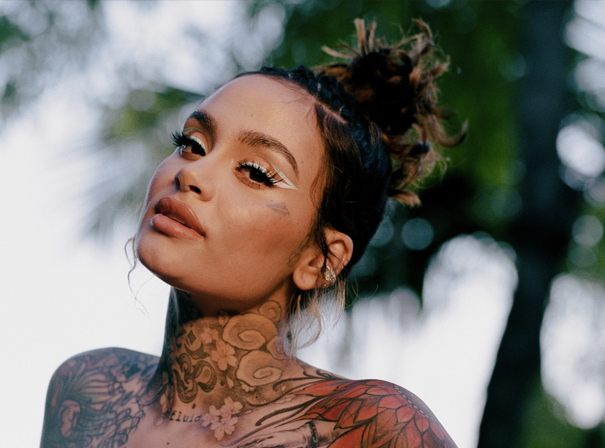