Bursting onto the music scene in 2019, rapper, singer and songwriter Kevvo is a new young star of the trap and reggaeton scenes. Starting out writing his own lyrics in his bedroom – which soon became his own recording studio – this emerging talent from Puerto Rica was snapped up by label Una Vision Quintana to become a protegee of successful urban Latin music producer Pepe Quintana.

Kevvo’s first single 5:12 was released in March 2019 and has scored nearly 1m views on YouTube to date. This was quickly followed by further releases – Kevvo Is My Name, 105F, O.V.E.R. and Hptismo – working with fellow hip-hop artist Nengo Flow, the video has garnered 6.8m views and a collaboration with other urban artists Marvel Boy, Pablo Chill-E and Anonimus on a remix of Jukiao has nearly 4m views on YouTube.

A versatile artist, Kevvo is able to switch between trap, hip-hop, urban, Latin and reggaeton, keeping his fans guessing with fresh new releases and collaborations. Known for his flamboyant appearance and bright red hair, Kevvo likes to shock with boundary-pushing lyrics and raunchy rap videos. The rapper can be found on Instagram, where he regularly interacts with his 201k fans. 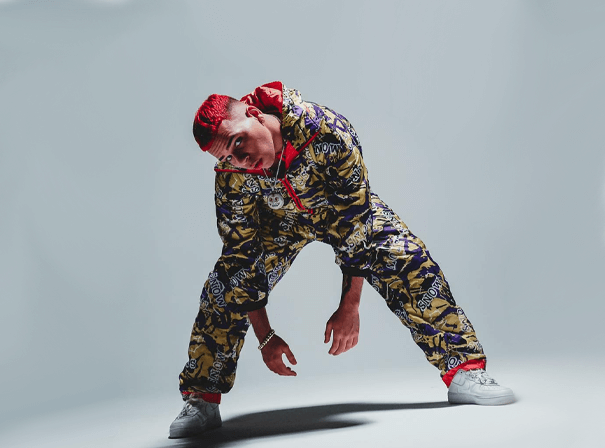