Russian electro-rave outfit Little Big is more than just a musical act. The Russian group from St. Petersburg refer to themselves as a satirical art collaboration, consisting of visuals, music and outrageous videos. The band’s sound is a mash-up of styles; their influences include everyone from U.S. ska punks NOFX to German industrial metalheads Ramstein and legendary British rave outfit The Prodigy.

However, also present in the melting pot are traditional Russian folk songs and old-school computer game music. The band’s video content is equally quirky and irreverent: the video for the infectious house banger ‘SKIBIDI’ satirised the hit musical West Side Story with a gangland Macarena-style dance-off, resulting in something so wacky it prompted a viral dance craze when fans uploaded videos of themselves participating in what would become known as the ‘Skibidi Challenge’. The challenge, which was taken up on a scale not seen since the Harlem Shake, caused the band to rack up over 20 million YouTube hits and prompted coverage across the globe.

Little Big’s first viral hit was 2013’s ‘Every Day I’m Drinking’ which caught the attention of Die Antwoord, who invited them to open for them at the A2 club. The band scored their first mainstream success in 2015 when their second album Funeral Rave reached the Top 10 of the Russian iTunes charts. The album spawned two more viral hits for the songs ‘Give Me Your Money’ and ‘Big Dick’, the latter of which one the coveted Most Trashy Video prize at the Berlin Music Awards in 2016. However, unlike other viral sensations, Little Big have endured and proven themselves to be artists of substance. In 2018, the band went from being a cult sensation to signing a deal with Warner Music Russia, releasing two EPs and a completing sold-out American tour. 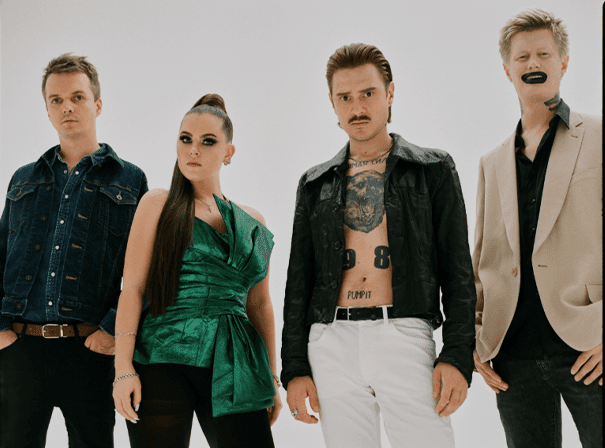