Mexican pop rock group Maná is one of the most successful Latin American groups of all time, with a host of top accolades and platinum certified records. The group currently includes lead vocalist and guitarist Fher Olvera, bassist Juan Calleros, guitarist Sergio Vallín, and drummer Alex González, and their sound is influenced by genres including Latin pop, prog rog, funk, reggae and ska.

Maná formed in 1986, comprising of former members of the band Sombrero Verde, and released their first self-titled album the following year. They began to perform throughout Latin America, including in Peru, Colombia and Ecuador, and achieved their first major commercial success with their third album, ¿Dónde Jugarán los Niños?. The record was certified multiple times platinum in several countries, reached No. 2 in the US Latin Pop Album charts, and went on to become the best-selling Spanish-language rock album of all time. They have since continued this success, with most of their subsequent albums reaching the top of the US Latin Album Charts and topping the overall charts in Mexico. The group have achieved 10 US Hot Latin Tracks No. 1 singles, including Si No Te Hubieras Ido and Amor Clandestino, and have collaborated with the likes of Shakira, Nicky Jam, Draco Rosa and Sebastian Yatra.

Recognised and celebrated the world over, Maná have earned an incredible four Grammy Awards, eight Latin Grammy Awards, 19 Billboard Latin Music Awards and 15 Premios Lo Nuestro Awards. They have a star on the Hollywood Walk of Fame, and in 2018 received the Billboard Latin Music Lifetime Achievement Award. Besides music, the group established the Selva Negra Foundation in 1995, which supports environmental projects, and have been named Ambassadors to the United Nations’ Food and Agricultural Organization. 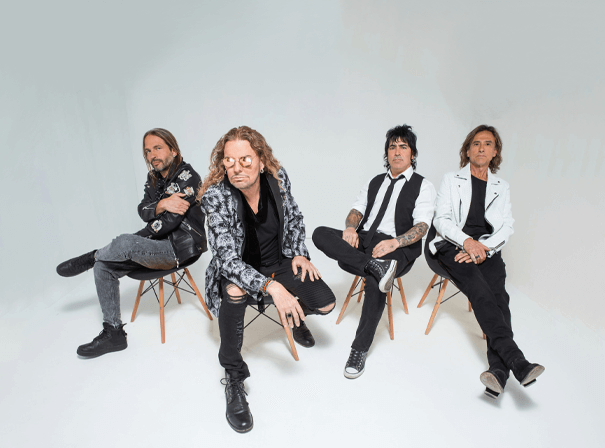