American indie rock band Manchester Orchestra have been lighting up the sound waves for nearly two decades. The dynamic quartet features guitarist and singer-songwriter Andy Hull, lead guitarist Robert McDowell, bassist Andy Prince and drummer Tim Very. With six highly acclaimed studio albums, including Cope, Simple Math and A Black Mile to the Surface, Manchester Orchestra has seen an incredible sound evolution over the years. Born out of Hull’s personal high school experience in Atlanta, he first started writing and recording during his formative years. As the band began to gain momentum and find its voice, Hull and the band released their debut EP, You Brainstorm, I Brainstorm, but Brilliance Needs a Good Editor in 2004. Now one of the most celebrated bands around, Manchester Orchestra are helping to redefine the indie music scene.

Notorious for their remarkably authentic lyricism, Manchester Orchestra offer a refreshing look into the complexity of life, all while pushing the boundaries of their genre. None more so than their third studio album Simple Math – a concept album built around Hull’s life story. From there, the quartet delivered the heavy, post-hardcore-infused Cope, which was quickly followed by the acoustic-filled swan song album Hope. Beyond the studio, Hull and McDowell heavily collaborated on the Daniel Radcliffe starring film, Swiss Army Man. The well-received soundtrack garnered several nominations, including Best Original Score for a Comedy Film and Film Composition of the Year at the International Film Music Critics Association Awards.

Throughout the band’s meteoric career, their music has featured on several television shows, including the CW’s The Vampire Diaries, Netflix’s The Society and E4’s Made in Chelsea. From the ear-worm single, I’ve Got Friends to the powerful ballad The Maze, Manchester Orchestra’s signature sound sets them apart and is instantly recognisable. After the release of the band’s live screening, A Black Mile to the Surface: The Global Concert Film, the quartet set the internet into a frenzy. Not long after, the first single Bed Head was released, and the anticipation for the band’s sixth album, The Million Masks of God, is expected to leave a lasting impact on the industry. With a range of future projects in the works, Manchester Orchestra will be inspiring audiences for years to come. 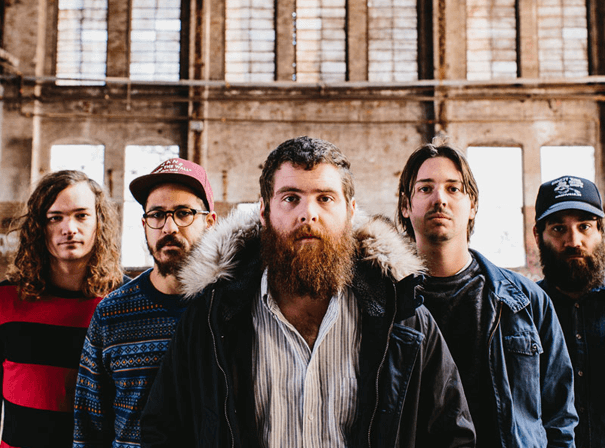