Marco Antonio Solís is a superstar in the world of Mexican and Latin music, pushing the genre to worldwide recognition over the course of his incredible career. The Mexico-born artist formed his first group, Los Hermanitos Solís, at only age 12. Still a teenager, Solís formed the legendary Los Bukis in the early 70s and went on to have a lasting influence on the norteño and tejano music of Mexico over the next two decades. Continuing to work closely alongside Los Bukis, Solís embarked on a solo career that earned him platinum certifications for 1990s albums such as ‘Quiereme’, ‘Inalcanzable’, and ‘Por Amor a Mi Pueblo’ and the highly lauded two-part live album En Vivo.

Since the turn of the millennium, Solís has fixed himself a permanent place in the history of Latin music, releasing a successful series of LPs that have garnered fervent critical praise and established a truly global following. 2003’s ‘Tu Amor o Tu Desprecio’ became a No. 1 album in Latin America, while ‘Trozos de Mi Alma, Vol. 2’ did the same, earning Solís a Grammy nomination for Best Latin Pop Album in the process. Solís is no stranger to the No. 1 spot: his 2010 record ‘En Total Plenitud’ became his record-breaking tenth consecutive record to hit the top of the charts, earning Platinum status in sales.

‘Gracias por Estar Aquí’, released in April 2014, was nominated for Best Traditional Pop Vocal Album at that year’s Latin Grammy Awards, with ‘De Mil Amores’ scooping the award for Best Regional Song. The recording was also nominated for Best Latin Pop Album at the 57th Grammy Awards show, demonstrating the artist’s unique crossover appeal. Since then, Solís has continued to tour the world, performing for adoring crowds at sold-out events across the globe. 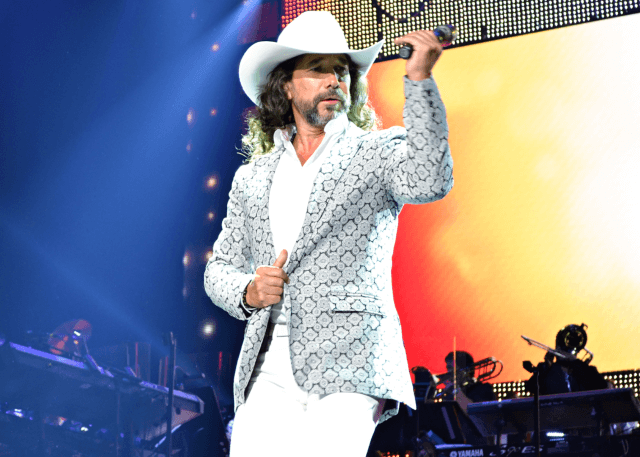