Mestiza is a hip-hop and rap artist from Caracas, Venezuela with a huge international online following of over 1.3 million: her music videos have been viewed over 77 million times on YouTube. Also known as one half of the successful rap duo Neblinna and Mestiza, she’s constantly in demand for performances at concerts and rap festivals in Venezuala and around the globe, sharing stages with many successful artists including Ñengo Flow, Melymel, Darkiel, J Alvarez, Jamby El Favo, and Maldy.

Yoryanis Chironos, known under the stage name Mestiza, developed her passion for hip-hop at just 11 years old after learning to write rhymes through freestyle improvisation sessions with friends in Caracas. Mestiza began to write her own tracks, and in 2008 she dropped her first song, ‘I Can’t’ as part the group El Colonia. Setting her sights on solo success, she left the group and released her debut ‘Mestiza Respects’, followed by her breakthrough hit ‘Madam’.

The track was picked up by producer Marvin Rodriguez and the video for the track soon began to attract attention. Mestiza used her talent and influence within the genre to unite several MCs together to form ‘Ladies Game’ in 2010, with the intent to promote equality in the hip-hop genre. Her partnership with fellow rap star Neblinna has been one of her greatest successes, with explosive tracks ‘Venezuela Esta Candela’ and ‘Respetense’ collectively racking up over 30 million views, and global demand for live performances growing by the day. Now nicknamed the “Barbie Trapper”, she continues to collaborate with even bigger names and stoke anticipation for explosively popular new releases. 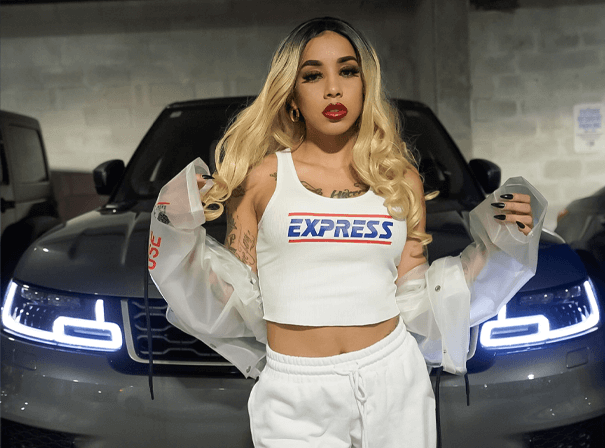