Tipped to be the next big thing to come out of Miami’s hip-hop scene, Mike Smiff is an artist on an unstoppable rise. The rapper has recently dropped an outstanding mixtape on Slip-N-Slide Records, the home of influential South Florida hip-hop artists Trick Daddy, Triana and Plies. Hailing from Dade county, Mike Smiff has amassed over 150k followers on Instagram, and several of his YouTube videos have received over 100k plays. The rapper has been releasing records since 2013, but it wasn’t until 2017 that his career began to gather serious momentum, when he signed to Slip-N-Slide Records and released his astonishing label debut, Chase Dis Money followed by a guest-spot on Trick Daddy’s hit single ‘Paradise’.

All Gas No Brakes (Vol. 3), his latest release for the label, has proved to be his most significant success to date. The mixtape features Southern hip-hop heavyweights such as Boosie Badazz and Gunplay, alongside up and comers like Ali Coyote, and features stand-out tracks such as the phenomenal ‘My First Hunnid’ featuring Gank Gaank which have proved to be a viral sensation on YouTube. The song is currently receiving extensive airplay and with a national tour planned for summer 2019, Mike Smiff is set to be a major player on the global hip-hop scene. 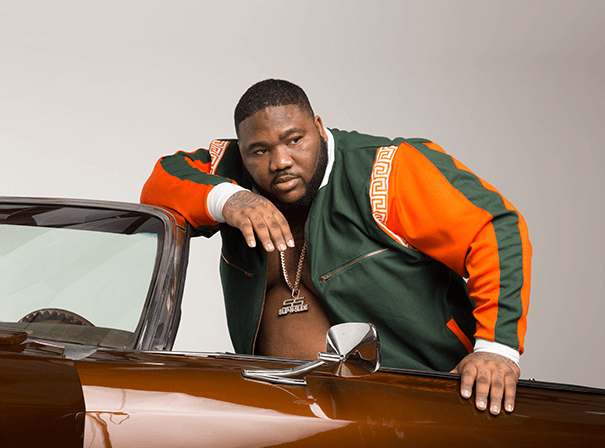