Morandi is at the heart of the electronic music scene in Romania. Proof of that is shown by the fact that they have won many award for their music, including Best Song, Best Video and Best Romanian Act at the MTV Music Award in 2006, as well as Best International Act at the Eska Music Awards and many more besides. They have also got a Triple Platinum Disc in Russia for their Next album, so are truly global stars. In the live arena too they are always impressive, performing memorable sets of all their biggest hits, having audiences dance and sing along and always putting on a special show.
The band comprises Marius Moga and Andrei ?tefan Ropcea and its name is made up of the first two letters of Moga’s name and Ropcea’s nickname, Randi, thereby creating Morandi, and together they have been making music since 2004. They are signed to Universal in Romania and are never far away from the charts with their fresh Europe sound. Studio albums like Reverse, Mindfields and N3XT have all been big success and they have sold millions records in all. A fourth album, X, is on the horizon for the band and will continue in the tradition of being one of the most famous musical exports from Romania. In all they have had eight number 2 singles, and their single Angels is officially the most downloaded digital track ever in Russia and Ukraine with more than two million downloads in total. 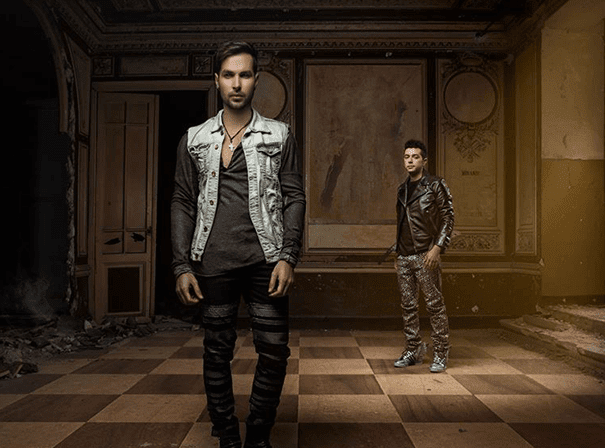