Despite fulfilling many roles as a musician, composer, performer, producer and DJ, Osunlade is best described as an artist, inspired by ideals of balance, wisdom and spirituality. Hailing from St. Louis Missouri, a place known for its tradition of blues, jazz, and ragtime, he discovered the piano at age seven, writing his first songs at just twelve years old. After going on to form local bands and teaching himself several instruments, he began to develop a creative passion that would motivate a lifelong quest for musical and artistic fulfilment.

His professional journey began at age seventeen during a 1988 visit to Hollywood. After moving to Los Angeles to begin what would become a distinguished career in music production, Osunlade found his first serious commercial success with Gerardo’s ‘Rico Suave’, one of the first Latin pop songs to hit the charts and the debut release for the then-independent Interscope Records. Within the following years and over twenty albums credited, Osunlade felt the pressures and practices of the music business overshadowing his passion for music. Deciding to escape the influence of corporate ideals and demands, he chose instead to commit himself the ancient Yoruba religion of Ifa, following a path that would inspire his creative output for years to come.

In 1999, Osunlade moved to New York and founded Yoruba Records, a crucial step in his career that he considers his greatest achievement. Recognized as one of the most influential labels worldwide, Yoruba Records is focused solely on releasing music that elevates the soul. As the label found success, Osunlade began the next phase of his career as a venerated deep house innovator. In 2001 he released his debut album on the respected label Soul Jazz Records. ‘Paradigm’ quickly became one of the hottest house records of its time and led many to dub Osunlade as the messiah of ancestral house music.

Since his debut, Osunlade has worked with an impressive array of artists across a vast discography that almost has too many highlights to name: the feel-good disco-house of 2013’s ‘Dionne‘, the eclectic ‘In the House’ compilation for Defected Records, the inspired collaboration with Art Department and Soul Clap on ‘We Call Love‘, and the much-hyped 12″ of ‘Envision’ remixes for Innervisions. Osunlade explored his musical roots even further, breaching out of the house formula with forays into his soul, jazz and funk influences on 2014’s acclaimed LP, ‘Peacock’.
Now recognised worldwide for his inspired remixes, acclaimed albums, legendary DJ sets, and electric live performances, Osunlade has placed himself on solid ground, building a much-deserved reputation of unparalleled quality in music and performance. 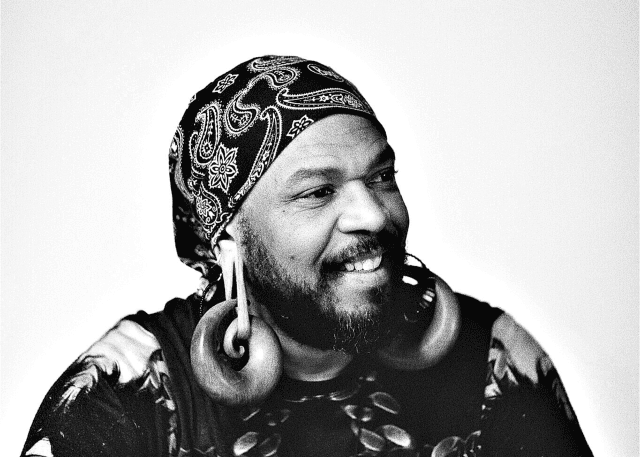