PSY is a South Korean singer, rapper, songwriter, and record producer. He has released eight studio albums in a long and successful career. PSY became a global internet sensation upon the release of hit single Gangnam Style in 2012. The song charted at No. 1 on the iTunes Music Video Charts, making PSY the first South Korean artist to achieve this feat. His Gangnam Style music video became the first video to exceed one billion YouTube views in 2012, earning him the title “King of YouTube”, before crossing the two million view mark in 2014. As of October 2019, Gangnam Style is the seventh most-watched YouTube video of all time, with over 3.4 billion views.

Due to the astonishing success of ‘Gangnam Style’, PSY was hailed as the “Viral Star of 2012” by MTV and even United Nations Secretary-General Ban Ki-moon expressed a desire to work with the singer because of his “unlimited global reach”. In December 2012, PSY performed on-stage at Times Square for a globally televised New Year’s Eve celebration in front of over a million people. He boasts numerous awards, including the New Media Award (American Music Awards), Award for Best Video (MTV Europe Music Awards), and World’s Best Song (World Music Awards). He has held multiple World Records, including ‘’Most viewed video online’ and ‘First video to be viewed more than 2 billion times on YouTube’ (Gangnam Style) amongst others.

Psy is considered one of the first K-pop artists to make a breakthrough in the Western music industry. He was formally recognised for his cultural achievements by South Korean Ministry, bestowing upon him the Okgwan Order. In 2017, Psy was presented with a Diamond Play Button from YouTube for surpassing 10 million subscribers to his channel, making him the first Asian solo artist ever to do so. In 2019, he founded his own record company, P-Nation, signing such notable acts as Jessi, Hyuna, E’Dawn, and Pentagon. 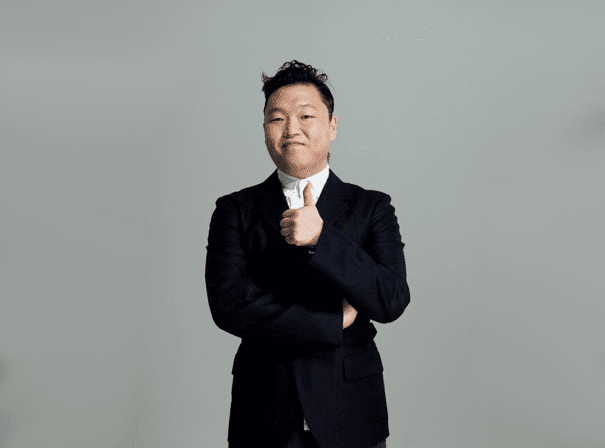