Rapper, entrepreneur and record executive Rick Ross is nothing less than a hip-hop icon. Over a career that’s seen several Grammy nominations, millions of record sales and numerous top spots on worldwide charts, Ross has earned a reputation as a legend of the genre and a name synonymous with the words “hip-hop”.

First entering into the spotlight in 2006, Rick Ross made an unforgettable impression with the worldwide smash single ‘Hustlin’, hitting the Billboard Hot 100 and prompting a remix from Jay-Z and Young Jeezy. The success of his debut led to a bidding war between major labels, eventually resulting in a multi-million dollar deal with Jay Z’s Def Jam Records. The rapper then released his debut album Port Of Miami, swiftly rising to the top spot on the Billboard 200 and selling almost 200,000 copies off the bat, later receiving Platinum certification.

In the years since his debut, Ross has established himself as hip-hop royalty. The seven studio albums he’s released since then have consistently topped charts across the world and earned three Gold certifications from the RIAA, while singles have seen collaborations with some of the biggest names in hip-hop and pop music: Drake, Usher, Lil Wayne, R. Kelly, 2 Chainz, Gucci Mane, Future, T-Pain, Young Thug and Ty Dolla Sign. Ross’ 2016 collaboration with Skrillex, written for Marvel’s Suicide Squad soundtrack earned another Platinum disc for his collection. Ross is also the founder of the hip-hop powerhouse Maybach Music Group, a label responsible for launching the career of artists such as Wale, Meek Mill, and French Montana. 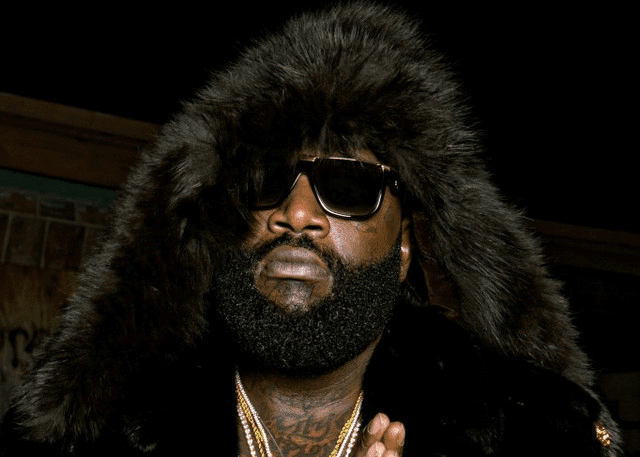