Championed by DJs Gilles Peterson, Chris Evans, Graham Norton and Craig Charles, northern soul outfit Smoove and Turrell’s blend of soul, jazz, disco and hip-hop propelled them to the No 1 spot on the iTunes Soul Chart. Their live performances have earned them “one of the most dedicated followings in the business”, and they have played everywhere from Space in Ibiza to The Big Chill and Glastonbury. Today they are regarded as one of the most popular acts on the contemporary northern soul scene with their fifth studio album, 2018’s Mount Pleasant in heavy rotation on the BBC 2 playlist.

Inspired by iconic British acts such as Soul 2 Soul,Cymande, Omar, Coldcut, Massive Attack, Tom Jones and Peter Gabriel, Smoove andTurrell’s first release, a limited edition 7” titled ‘I Can’t Give You Up’sparked an eBay bidding war. Soon after, they were snapped up by theinfluential record label, Jalapeno Records and their 2009 debut album AntiqueSoul quickly followed. Upon its release, the album earned two prestigious‘Record of The Week’ accolades for the singles “I Can’t Give You Up” and “Beggarman”.The follow-up album, 2011’s Eccentric Audio featured the hit singles “SlowDown” and “Hard Work” the latter of which made it onto influential Los Angelesradio station KCRW’s regular playlist.

Always pushing their upbeat, groove-oriented soundinto new territories, several US TV shows have featured the band’s music alongwith several television commercials and even video games. Riding high on thesuccess of their 2018 disco banger ‘You’re Gone’, the Geordie soul crew areunplugging their instruments for a series of intimate acoustic sets across theUK before recording a new album, expected to drop in 2020. 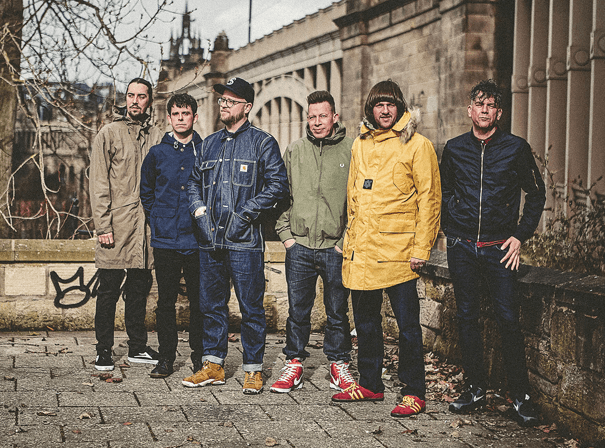