Spoken are one of the Christian rock movement’s most famous names,
a worldwide phenomenon who have gained the respect of not only the religious community but the wider music world. Over the course of four studio albums, they’ve established a reputation as one of the most creative and driven artists within the genre, committed to a philosophy of determination and dedication that’s propelled them through nine studio albums and two decades of a successful music career.

The group released their debut album, On Your Feet, through Metro 1 Music in 1997. Their discography since has been consistent, as they’ve progressed towards their current incarnation, a unique blend of rock, hardcore and metal that touches on devotional themes. After releasing a series of three albums on Tooth & Nail Records, the band worked with E1 Music and Artery recordings before releasing their most recent album, IX, independently.

Described as an “exercise in aggression and calculated fragility”, their latest record is a testosterone-fuelled journey into metal and hardcore
that, despite its aggression, is open-hearted and emotionally candid. Serving as a springboard for further opportunities, the release has compelled thousands of fans to come and witness their devastating live shows, breathtaking performances which have taken Spoken across the globe and built an extensive following.

Thanks to the devotion of their fans, the group recently completed a pledge campaign to work on new demos for an upcoming record, scheduled for release next year. 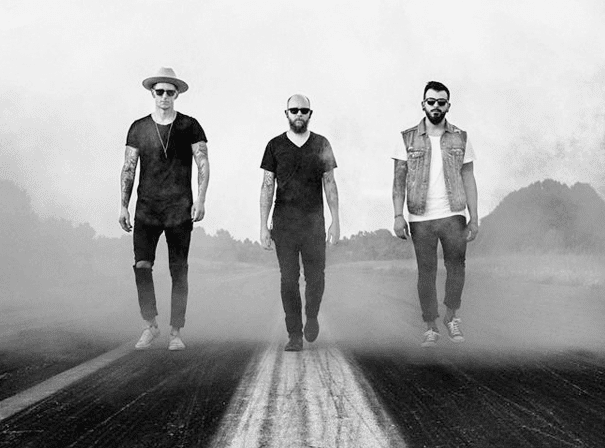