Paul Van Haver, better known under the stage name Stromae, is a Belgian singer-songwriter who rose to global prominence following the success of his track ‘Alors on danse’ in 2009, a musical phenomenon that topped charts across Europe. Stromae has since sold over 8.5 million records around the globe, with 2013 album Racine Carrée selling 2 million copies in France. Winner of the Best Belgian Act at the 2013 MTV Europe Music Awards, he has collaborated with the likes of Kanye West, HAIM and Lorde.

Born in Brussels, Stromae’s passion for music was sparked at eleven years old when he took up the drums. An interest in rap music was ignited in 2005, and he changed his stage name to Stromae, an anagram of “maestro”. His big break came whilst working at a Belgian radio station in 2009, after an impressed station manager gave his home-recording of ‘Alors on danse’ some air time – the opportunity of a lifetime. The track became a huge hit with listeners and went on to dominate European charts, hitting the No 1 spot in over a dozen countries including Belgium, France and Germany. Stromae also began to gain popularity in America following a Kanye West collaboration on a remix of the track.

Follow-up album Racine Carrée became an immediate success across Europe, spending close to a whole year at the top of the album charts in both France and Belgium and selling over 1.5 million copies across Europe. In 2014, his track ‘Ta Fête’ became the Belgian national football team’s official World Cup anthem, and he built on his growing success in America with an appearance on NBC’s Late Night with Seth Meyers. In 2018 Stromae released his seventh Top 10 European hit ‘Défiler’ to accompany a fashion show dedicated to his newly-founded clothing brand Mosaert. 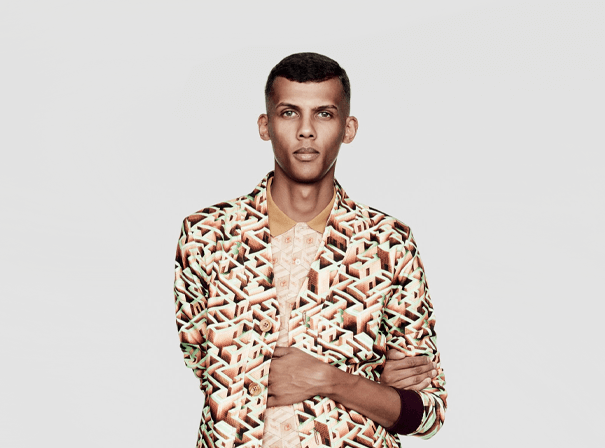