K-pop supergroup SuperM exploded onto the scene in 2019 with their world-dominating brand of pop, dance and hip hop. The group combines members from four of the biggest boy groups in K-pop, and is already breaking records worldwide.

SuperM were announced at Capitol Congress in August 2019 with seven members: Tawmin from veteran ‘Princes of K-pop’ Shinee; Kai and Baekhyun from South Korean-Chinese nine-piece Exo; Mark and Taeyong from Seoul-based NCT sub-group NCT 127; and Ten and Lucas from NCT’s China-based group WayV. The group draws together well-known figures who each bring their own diverse musical and performance skills, including singing, rapping and dance. News of the supergroup’s launch immediately began trending worldwide, and they soon began promoting their debut album in South Korea and the United States. They performed their first concert in Los Angeles, and announced their debut tour of the US and Canada, We Are The Future Live.

In October 2019, the band released their self-titled album, SuperM: The 1st Mini Album, to international acclaim. The record hit No 3 in Korea and charted in several other countries worldwide. Notably, it reached No 1 in the US Billboard 200, making SuperM only the second K-pop act in history to do so, and the first to hit the top spot with their debut. In late 2019, they also released the knock-out lead single Jopping, and the promotional single Let’s Go Everywhere in collaboration with Korean Air, proceeds of which were donated to the Global Poverty Project’s Global Citizen campaign. 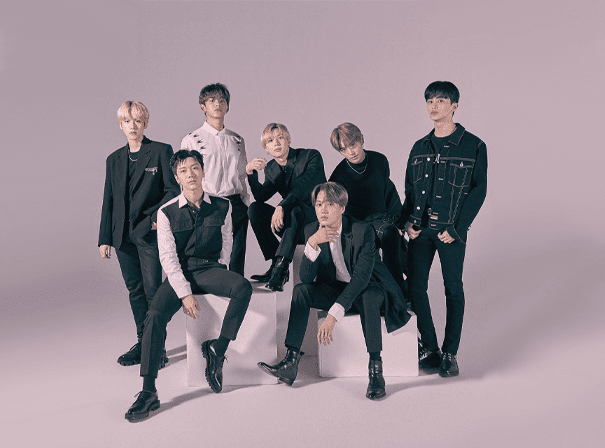