Tekashi 6ix9ine is an American rapper born in Brooklyn, New York.
His unusual rise to fame came off the back of an Instagram post in July 2017. Going viral on Twitter and Reddit, the image eventually became the subject of an internet meme, thanks to his striking appearance. Four months later, Tekashi dropped the debut single, ‘Gummo’ which reached No. 12 in the US Billboard Hot 100. By March 2018, ‘Gummo’ was certified as platinum.
After the release of his debut track, this fresh new rapper dropped two more singles – ‘Kooda’ in December 2017 and ‘Keke’ featuring Fetty Wap and A Boogie Wit Da Hoodie, in January 2018. Capitalising from the success of these tracks, Tekashi announced that his debut mixtape would be released. Titled Day69, it dropped in February 2018, peaking at No. 4 on the Billboard 200 album chart.
A truly impressive record for an artist so new to the game, a music journalist at the New York Times praised his mixtape for its “willingness to deviate from hip-hop’s norms and prevailing sound”.
Otherwise known as Daniel Hernandez, Tekashi 6ix9ine is part of an outgrowth of the Soundcloud rap explosion. Originating on the online audio distribution platform, this genre has become a disruptive and significant new force within the hip hop scene. Characterised by simple beats, dark chord cadences and lyrical content dealing with sex, nihilism and narcotics, Soundcloud rap is energetic and rebellious. At the forefront of this subgenre is Tekashi 6ix9ine – a fresh Brooklyn rapper who deserves every inch of the acclaim he is receiving. 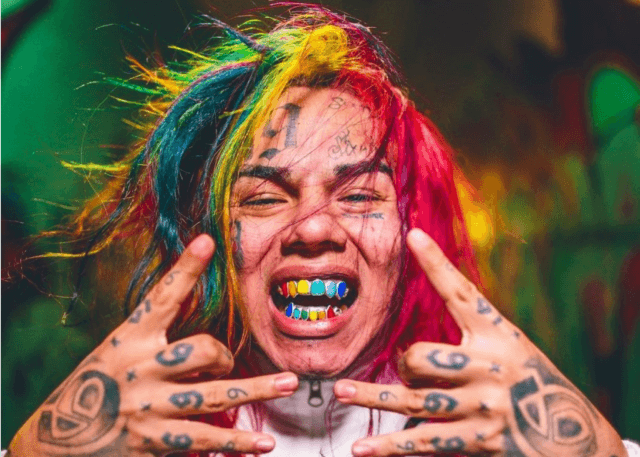