The Overtones are a British-Irish doo-wop boy band, adapting elements of R&B, pop and soul, and specialising in vocal harmonies. Based in the UK, they have released six studio albums – the first of which, Good Ol’ Fashioned Love, released in 2010, peaked at number 4 in the UK albums chart, and has sold over 500,000 copies worldwide.

Now Platinum-selling, they were originally rejected from the final 24 acts in the popular UK televised talent show The X Factor in 2009. After then setting up a painting and decorating company with the aim of practising together more often, they were famously discovered by a Warner Bros. Records’ talent scout near Oxford Street, when singing during their tea break. Consequently, they signed up to a five-album deal with Warner Bros. Records.

Since embarking on a music career, The Overtones have toured all the over the world, and released several singles and albums internationally. In 2018, tragedy struck, as founding member Timothy Matley sadly died, an event which would understandably cause great emotional turmoil for the other members. After a grieving period, the rest of the band decided to continue as a four-piece. They released their latest album, The Overtones, featuring a track containing Matley’s previously recorded vocals, on the band’s own label GamblingMan Records in 2018. 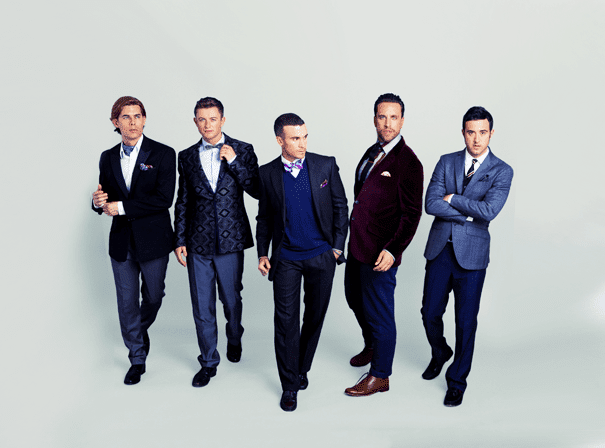