TLC are undisputedly one of the most successful female groups of all time, selling over 65 million records worldwide – more than any other American girl group in history. The band, consisting of members Tionne “T-Boz” Watkins, rapper Lisa “Left Eye” Lopes, and Rozonda “Chilli” Thomas dominated charts throughout the 1990s, with their catchy hit singles appealing to both pop and R&B fans.

Nine of their tracks reached the Top 10 of the Billboard Hot 100, and ‘Creep’, ‘Waterfalls’, ‘No Scrubs’, and ‘Unpretty’ all soared to the No 1 position. Four of their albums have been certified platinum, with 1994’s CrazySexyCool receiving a diamond certification. The band received an Outstanding Contribution to Music award at the 17th MOBO Awards and have been awarded four Grammys and five MTV Video Music Awards.

Formed in Atlanta, Georgia in 1991, TLC found their big break after meeting producer Pebbles, who became their manager and secured a record deal. Their remarkably-named debut album Ooooooohhh…On the TLC Tip dropped the following year, and the lead single ‘Ain’t 2 Proud 2 Beg’ caused a stir with its provocative style and dynamic energy.

It was 1994’s follow-up album, CrazySexyCool, that propelled the band to superstardom. Lead single ‘Creep’ earned the band their first No.1 single, staying at the top spot for 4 weeks. Three more hit singles followed, including their most famous, ‘Waterfalls’ which held the number 1 spot for 7 weeks. The album went on to win the Grammy for Best R&B album, selling over 11 million copies in the US. Their highly anticipated third album, Fanmail, went straight to the top spot and spawned two more worldwide hits, including the now-legendary ‘No Scrubs’. 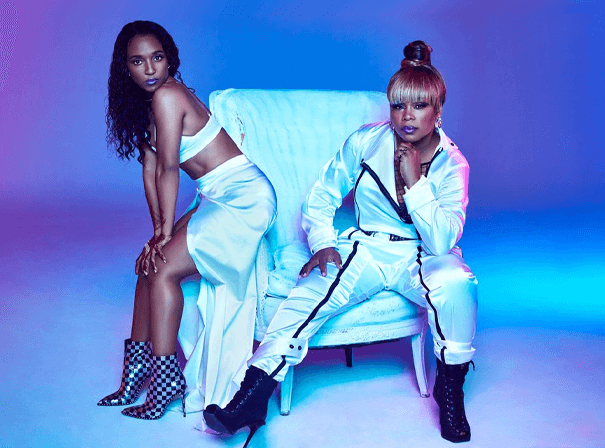