Toosii (AKA KingToosii) is a young American rapper hailing from Raleigh, North Carolina. Even though it’s early in his career, Toosii’s already opened for acts like Money Man, City Girls and YoungBoy Never Broke Again.

When Toosii started releasing music, he earned recognition on Soundcloud, regularly racking up millions of streams from his 45K followers and more. With his fanbase growing on other platforms, such as his 157K Twitter followers and 1.2 million on Instagram, Toosii caught the attention of South Coast Music Group—the label home to Big Mali, Blacc Zacc, and DaBaby, to name a few.

His first full project, Label Me Diverse, was dropped to Spinrilla, while his sophomore release, Why Not Now, was praised by the likes of AllMusic; Fred Thomas, one of the company’s writers, praised his writing style when he said that Toosii’s “lyrics often draw on more intimate details of his personal life than standard rap fare, and he delivers them with a melodic sensibility.”

Now, with Platinum Heart (Deluxe) out, Toosii regularly gets 665K monthly listeners streaming his music on Spotify. He has 278K YouTube subscribers anxiously awaiting more releases from him. And his hit single off of Platinum Heart, “Red Lights” has nearly ten million hits on YouTube.

Although he’s been compared to Lil Baby and Roddy Ricch, when it comes to Toosii’s musical inspirations, he credits his father and brothers. 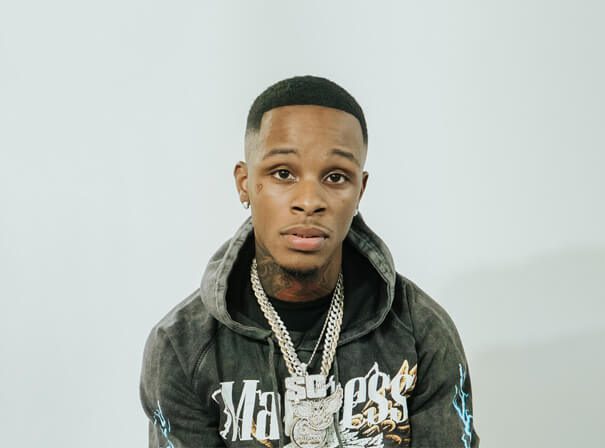