Storming riotously into the global hip-hop game with theJeremih-featuring 2018 banger ‘Womp Womp’, Valee immediately caught theattention of influential outlets such as Billboard and Complex, earning Pitchfork’scoveted Best New Track feature and the title of “rap’s best kept secret” fromVICE. Though he’s only recently blown up on a major scale, this Chicago nativehas been rhyming since the early 2010s, steadily releasing a series of mixtapesthat eventually gained the attention of Kanye West, who signed Valee to G.O.O.D.Music, his record label headed up by fellow hip-hop heavyweight Pusha T.

Though early mixtapes such as 1988 gained national recognitionand critical praise. Valee’s first major release came in early 2018 with GOODJob, You Found Me. The six-track effort was an elegant, offbeat take on trapthat swiftly gained support from influential publications and artists acrossthe scene: he’s been endorsed by practically every rapper at the top of theirgame right now, from ASAP Rocky and Schoolboy Q to Lil Yachty and DRAM. Therapper followed this up with the irresistibly bouncy ‘Womp Womp’, an exhibitionof his freewheeling delivery and oddball sensibilities brought together in apitch-perfect trap-pop fireball that made Billboard’s Top 40.

Valee kicked off 2019 with one-off singles ‘About U’ withDRAM and ‘Wombo’ with Lil Yachty, proving that he can keep up with some ofhip-hop’s most inventive creators. His latest project, Runnin’ Rich, is aneight-track effort released in June, featuring Vic Mensa and G Herbo. 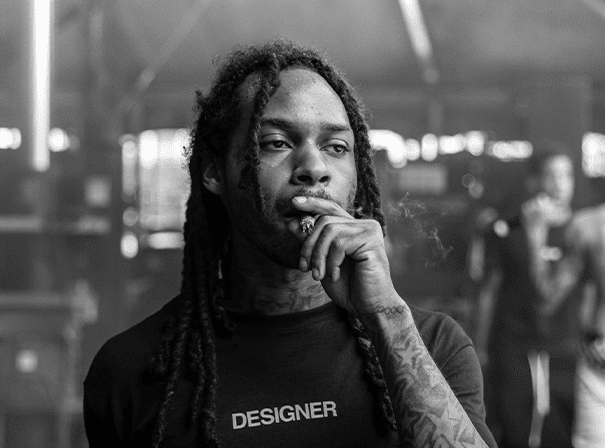