90s commercial rap icon Robert Van Winkle took the world by storm with his mega hit ‘Ice Ice baby’. Vanilla Ice, or Robert Matthew van Winkle as he is known on his birth certificate, is the Texan rapper who reached international fame with his hit ‘Ice Ice Baby’, the first hip-hop track to reach the top of the Billboard Hot 100 chart in the US. He started off his career break-dancing with other kids from his neighbourhood, and got his nickname because he was the only non-African American out of all his mates.

Eventually, break-dancing led to rapping, and he was given a residency at a Dallas nightclub with his break-dancing posse, V.I.P (Vanilla Ice Posse), who accompanied him on stage every weekend. Winkle wrote ‘Ice Ice Baby’ at the age of sixteen and his lyrical talent as well as his stage presence led to a record deal and debut album titled To The Extreme. ‘Ice Ice Baby’ was released as the B-Side to his first single but proved to be more popular than the A-Side, so the man-of-the-hour was sent on tour with the most important figures in hip-hop, and asked to make a video which caused waves on the national charts. Most recently, he signed a new record deal with Sony/Red Distribution to release his sixth studio album, aptly titled Wisdom, Tenacity, and Focus (or WTF). This release ushered a new era of Vanilla Ice, showcasing an even further diversified musical exploration as he dabbles with every genre from hardcore and punk to ska and techno. 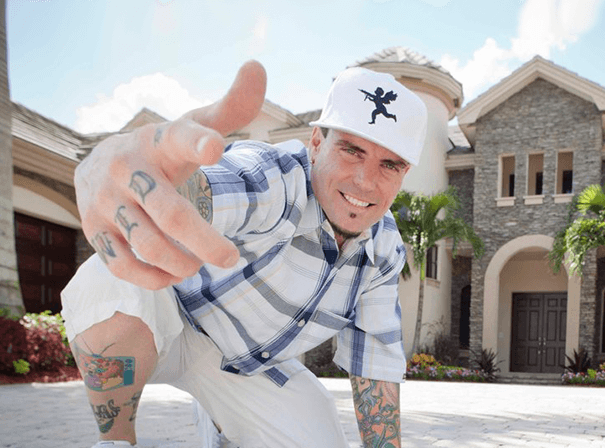