We Are Brando are an electrifying three-piece deeply influenced by the musical frequencies of the late ‘70s and ‘80s. Made up of brothers Sam and Joe Lewis alongside best friend Luke Begley, the group are closely associated with pop icon Boy George, co-writing many of their songs and releasing their music through his own label BGP.

Originally known as Brando, the group now known as We Are Brando synthesise influences from Depeche Mode, The Pet Shop Boys and Bros into a new and original sound that is perpetually evolving. Dark, edgy, and dramatic, their synth-heavy tracks fuse epic drum beats, surrealist synths and emotive vocal performances to produce melancholy masterpieces infused with the spirit of synth-pop and electro.

Following the success of their breakout singles “StarCrossed Lovers” and “I Don’t Know What I Want”, We Are Brando released theirlatest, “Trains”, in late 2018.  With avideo produced by acclaimed director William Baker, the song touches on themesof identity, faith and isolation, announcing We Are Brando as three of the nextgeneration’s most thoughtful and talented songwriters. With a full-lengthrelease currently in production, and live dates in the calendar, these giftedmusicians are set to continue their meteoric rise in 2019. 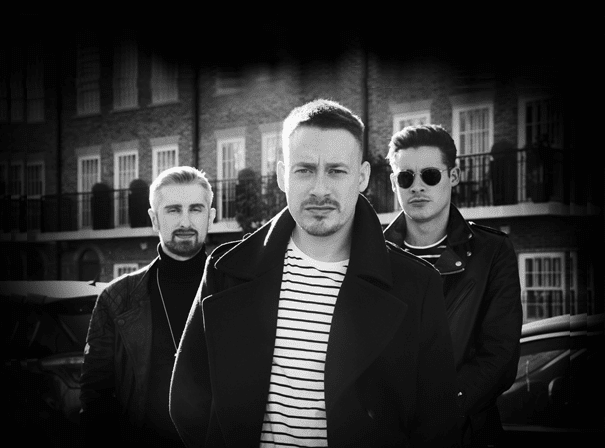 Book We Are Brando Request Video