With four critically acclaimed mixtapes and a dealwith Interscope Records under his belt, Wifisfuneral is a crucial figure in theproliferation of emo-rap. The rapper, originally from Palm Beach Florida,released his first mixtape in 2014 and subsequently performed a string of tourdates with Earl Sweatshirt of Odd Future fame. However, it was 2016’s BlackHeart Revenge that bought the rapper to the attention of the mainstream. Withits raw, utilitarian production values, the mixtape laid the blueprint for asound which combines eerie lo-fi samples layered over tight, popping 808s.. Themixtape caught the attention of the renowned hip-hop collective Members Only,who invited him to join alongside rappers Ski Mask the Slump God andXXXTentacion.

Wifisfuneral career began to take off when the mixtape When Hell Falls caught the attention of Todd Moscowitz who signed Wifisfuneral to Alamos Records. The rapper subsequently released the highly successful and critically acclaimed mixtape, Boy Who Cried Wolf, making his transition from cult Soundcloud rapper to mainstream hip-hop superstar complete. He swiftly followed this up with 2018’s Ethernet, which proved popular with fans of the new wave of hip-hop which trades conventional sounds for atmosphere and melancholy, incorporating themes of teenage angst and a visual aesthetic more typically associated with punk or emo music.

A frequent collaborator with Rob Bank$, the pair have recorded the join album, CONN3CT3D, featuring the hit singles ‘Movin Slow’ and ‘Can’t Feel My Face’. The rapper recently ventured into more melodic territories with 2019’s ‘Run’ which became a viral hit on YouTube. His hotly-anticipated Interscope debut, Life as a Skeleton, is expected to drop later this year. 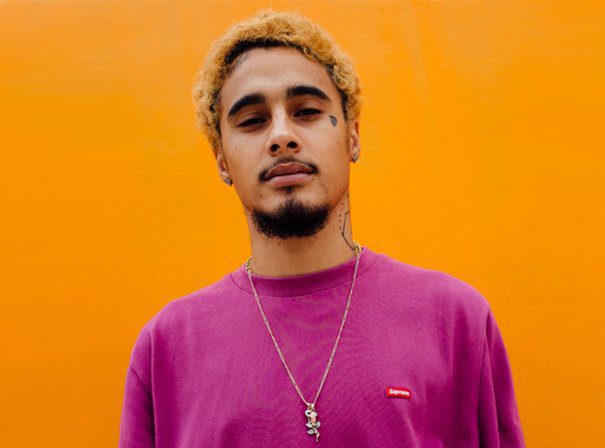